After four days of competition, the “Sniper Frontier” and “Emergency Area” contests, hosted by the Vietnamese Ministry of Defense, have ended with the gold medals awarded to Vietnamese and Russian contingents.

The closing ceremony of the competitions “Sniper Frontier” and “Emergency Area” under the framework of the International Military Games 2021 took place on September 4 at the National Military Training Center 4, Hanoi with the participation of the Vietnamese Minister of National Defense- General Phan Van Giang and Deputy Minister of Defense of Russia Aleksey Krivoruchko.

In the “Sniper Frontier” competition, eight teams from seven countries competed in four stages of Individual, Pair, Team, and Speed.

The Vietnamese contingent took the cup and the gold medal, meanwhile Uzbekistan and Russia won silver and bronze medals, respectively.

In the “Emergency Zone” competition, six teams from five countries completed three stages of the games, including ‘Special Obstacles Course’, ‘Relay Race’ and ‘Race to Victory’. The Russian contingent won the cup and the gold medal while the Vietnamese team won the silver medal and the Belarusian team won the bronze medal.

In addition, the Organizing Committee has also presented medals to teams and individuals who achieved excellent results in each event of the two competitions.

According to him, the competition is an opportunity for soldiers to exchange experiences, skills, and knowledge as well as providing a chance to strengthening relations between the countries’ armies.

It is the first time that Vietnam hosts competitions under the Army Games with the participation of eight contingents from Bangladesh, Belarus, Laos, Mali, Russia, Uzbekistan, Venezuela, and Vietnam.

International Army Games is the biggest military sporting event in the world that was organized by the Ministry of Defense of Russia. The games this year took place from August 23 to September 4 across 11 countries. Over 280 teams from 42 countries demonstrated their military skills and their determination to win. 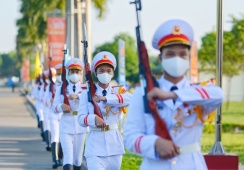 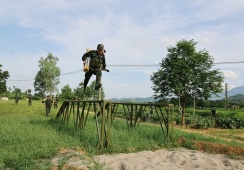 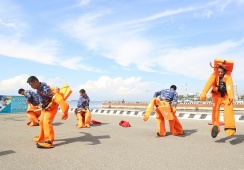