The Hanoitimes - After landing at Japan’s Nagoya Airport, a Japanese passenger showed symptoms of high fever and was taken to local hospital.

A Japanese passenger who made a stopover in Ho Chi Minh City before flying home on a Vietnam Airlines plane has tested positive for Covid-19, VnExpress quoted the Ministry of Health as saying March 4.

The passenger took flight VN814 operated by Vietnam Airlines from Cambodia’s Siem Reap to Ho Chi Minh City on March 3 before taking a connecting flight of the same airline to Japan’s Nagoya.

After landing at Japan’s Nagoya Airport, the passenger showed symptoms of high fever and was taken to local hospital. Tests showed that the passenger was positive for Covid-19.

After dropping off passengers at Nagoya airport, the Vietnam Airlines plane returned to Tan Son Nhat on March 4 afternoon with 73 passengers and 12 crew members on board. All crew members and 51 passengers entering Vietnam on the VN341 flight are being quarantined.

The remaining 22 passengers who took a stopover before switching flights were also isolated while realizing procedures to board connecting flights.

Two security staff of the airport and six service personnel in the business lounge wo made contact with the Japanese passenger have been quarantined. The plane was also disinfected in accordance with regulations.

Vietnam tracks down six sharing flight with the Japanese patient

There were 67 passengers and six crew members onboard flight VN814 from Siem Reap. Six passengers, including one Vietnamese, three French, one Australian and a Filipino, disembarked in Vietnam’s HCM City.

The Filipino returned home on March 4, while Vietnamese authorities have been looking for the other five and people who made close contacts with the Japanese nCoV-infected passenger to quarantine them.

Among the six, one Vietnamese was taken into quarantine on March 5 morning, Director of the HCM City Center for Disease Control Nguyen Tri Dung said, adding that the Vietnamese passenger’s family members are also being closely monitored at home.

This morning, the US’s Centers for Disease Control and Prevention informed that three French passengers have departed for Bangkok, an Australian and a Filipino have returned to their home countries.

The French, before leaving for Bangkok, stayed in a hotel on Pham Ngu Lao street, HCMC’s district 1 until March 4 night. Six hotel employees have been taken into quarantine after having close contact with the French.

HCM City authorities are figuring out the rest’s itineraries and forming a list of people who had close contact with them to determine appropriate quarantine measures. 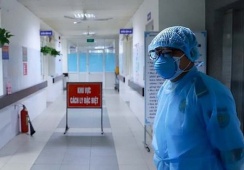 Vietnam to declare Covid-19 free If no new infection detected in one week: DPM 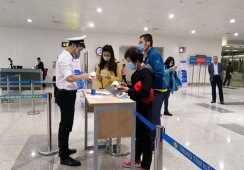 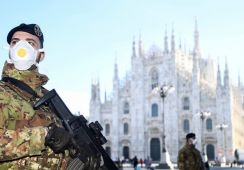