A new Middle East is emerging

Both Israel and the UAE are small countries in the Middle East and the Gulf. But their agreement to grant each other diplomatic recognition has a profound impact on regional and world politics.

US President Donald Trump and Israeli Prime Minister Benjamin Netanyahu scored a huge success which could be historic as, under a US-brokered deal, Israel and the United Arab Emirates (UAE) agreed to establish bilateral diplomatic relations. The UAE is the fourth members of the Arab world and the first one in the Gulf region, after Egypt in 1979, Jordan in 1994 and Mauritania in 1999, to officially recognize the State of Israel.

Both Israel and the UAE are small countries in the Middle East and the Gulf. But their agreement to grant each other diplomatic recognition has a profound impact on regional and world politics because it could play a decisive role in shaping a totally new situation and constellation in the Middle East.

Among Arab nations, there has long been an unwritten agreement that no Arab country would establish diplomatic relations with the Jewish state before Israel and Palestine reach a peace and reconciliation agreement. Now, UEA has been the fourth domino to fall in the series.

The now emerging new Middle East could be characterized by three aspects.

First, the Arab world's solidarity and support for Palestine's struggle for its sovereign and independent state is increasingly loosening and weakening. The Israel-Palestine conflict is losing weight and relevance on the regional policy agenda. That could imply the prospect that a sovereign state for the Palestinians seems far-fetched.

Second, the United Arab Emirates cemented the growing tendency among Arab nations to approach Israel carefully and slowly but steadily, while the Jewish state will attempt to normalize and intensify its relations with other Arab nations in the Middle East, the Gulf, and Africa. Palestine will become the biggest loser of this trend. The more peace agreements Israel has with Arab states, the more unlikely Israel is willing to make substantial concessions to Palestinian demands.

Third, at the same pace at which the Israeli – Palestine conflict is pushed aside, the fierceness of the conflict and confrontation between the US, Israel and their allies in the Arab world like the UAE or Saudi Arabia with Iran and its friends would be increasing.

For the time being and to come, it is and will be more bad than good news for peace, security and stability in this region. 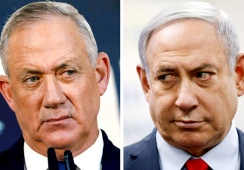 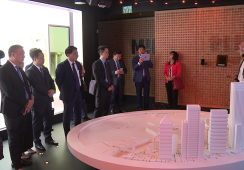