The Hanoitimes - There remains roughly 1,200 Americans unaccounted for in Vietnam from the war.

A group of 56 experts from the US Department of Defense on February 21 arrived in Danang, Vietnam for searching American servicemen missing in action (MIA).

They were transferred to a hotel in Son Tra District for 14-day quarantine and had their samples taken for coronavirus testing.

The search for missing US soldiers from the American War, which ended in 1975, has been an ongoing humanitarian activity overseen by Vietnam since 1988.

Since 1988, Washington and Hanoi have conducted 134 Joint Field Activities in Vietnam to provide the fullest possible accounting for US missing personnel from the war.

The three decades of sustained operations combined humanitarian effort through the Defense Prisoner of War/Missing in Action Accounting Agency (DPAA) and its predecessors in coordination with the Vietnam Office for Seeking Missing Persons (VNOSMP).

As a result, it has led to the accounting of more than 700 Americans in Vietnam. There remains roughly 1,200 Americans unaccounted for in Vietnam from the war. 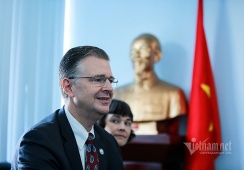 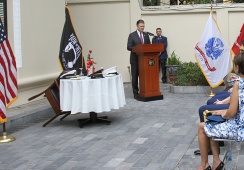 US ambassador thanks Vietnam for efforts to find MIA personnel