The Hanoitimes - Trump's first presidency term is an unprecedented episode in American history.

US President Donald Trump hasn't yet made his concession call to his contender in this year's presidential election, former Democratic Vice President Joe Biden, but the race was already over for him after Biden is projected to win Michigan, Wisconsin and Pennsylvania. Without very likely gains in Arizona and Nevada, Joe Biden already has secured more than 270 electoral votes needed to be officially elected as the US's 46th president, defeating and replacing incumbent Republican President Donald Trump.

Four years is just a blink of an eye. But Trump's first presidency term is an unprecedented episode in American history. He made history in the sense of how it started, evolved and ended. That's why the election that ended Trump's presidency has been a turning point in US history.

With Biden's victory over Trump, the United States has the first woman and the first woman of color to become vice president. She is Senator Kamala Harris from California. With Biden and Harris as the new President and Vice President of the United States, the new American administration is expected to reverse most of Trump's policies and resume those enacted under the Obama administration regarding climate, refugees, immigration, multilateralism, trade disputes and Obamacare. If Biden and Harris stick to their campaign commitments, America would be rebuilt from within and freed from Trump's isolationism.

Trump lost this election because of, first of all, himself, especially his peculiar character and radicalism in his policies and leadership. Obviously, he underestimated Biden and Harris' ability to mobilize Democratic voters and win Republican voters, as well as the profoundly negative impacts of the pandemic on people and society. He did not take advantage of the pandemic as an opportunity to demonstrate leadership. At the time of his presidency, the United States became so chaotic and unstable, violent and explosive that most Americans yearn for true normalcy.

Trump has garnered more votes this time than in 2016, but fewer than what Biden got and not enough to beat the Democratic contender. High voter turnout and the large number of early votes, as well as mail-in ballots, especially in swing states like Michigan, Wisconsin, Pennsylvania, Arizona, and Nevada, did the rest to make America’s turning point this year perfect.

Trump has already begun his legal battle to reverse the results of this year's US presidential election. He is determined to continue fighting for power. But the game is over for him. His legacy remains and will make great difficulties and complications for Biden and Harris to rule America. America has the opportunity to change and restart. But it is not easy to do. 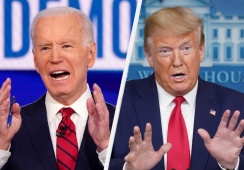 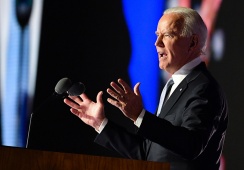 “This is the time to heal in America”: President-elect Biden