The Hanoitimes - ASEAN will persistently hold onto its principled position, emphasizing self-restraints, peaceful settlement of all disputes on the basis of international law, including 1982 UNCLOS,

The Association of Southeast Asian Nations (ASEAN) will persistently promote the full and serious implementation of the Declaration on the Conduct of Parties in the South China Sea (DOC) and will endeavor to formulate an effective, substantive Code of Conduct (COC) in conformity with international law and 1982 UNCLOS, stated Vietnam’s top diplomat.

Addressing the Opening Session of the 53rd ASEAN Foreign Ministers' Meeting (AMM-53) on September 9, Deputy Prime Minister, Minister of Foreign Affairs Pham Binh Minh said challenges to the regional security and stability are always present, including factors threatening peace, stability, security, safety and freedom of navigation and aviation in the South China Sea, a critical sea lane of communication of the region and the world.

“ASEAN will persistently hold onto its principled position, emphasizing self-restraints, peaceful settlement of all disputes on the basis of international law, including 1982 UNCLOS, promoting dialogues, strengthening confidence building, non-militarization and refrain from further complicating the situation,” Mr. Minh added.

ASEAN and China have negotiated on such a COC since 2002 with a view to reaching law-abiding rules on the South China Sea, to which Vietnam refers as the East Sea. The latest meeting for COC talks took place in Vietnam’s Dalat last October when the parties agreed to prepare for the second reading of the COC draft. Covid-19 has hindered the parties from continuing the talks.

The COC continues to be a priority for both ASEAN and China and the issue would be discussed at the AMM 53 and related meetings, said Vietnam’s Deputy Minister of Foreign Affairs Nguyen Quoc Dung at a press conference on Monday.

Mr. Dung pointed out that both ASEAN and China are worried about the standstill of the COC talks, but the parties cannot do it online given the complex nature of such a document. 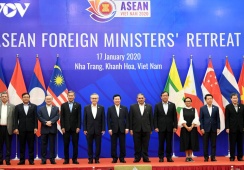 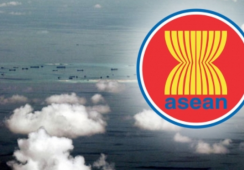