The relations have been forged towards peace, stability, development and prosperity in Asia and the Indo-Pacific region as a whole.

Ten ASEAN member states and Japan will mark the 50th anniversary of the dialogue partnership in 2023 with multisectoral cooperation.

To forge the ties, high-ranking officials of ASEAN nations and Japan gathered today [July 21] at a virtual high-level roundtable themed “ASEAN-Japan: Reviewing the journey traveled, toward the 50th anniversary of dialogue partnership” held by the Vietnamese Ministry of Foreign Affairs, as a coordinator for ASEAN-Japan relations.

The event is Vietnam’s initiative to enable ASEAN countries and Japan to look back on nearly five decades of cooperation and put forward plans for the future.

It marked the attendance of ASEAN Secretary General Lim Jock Hoi, Ambassadors of Japan and ASEAN member states to Hanoi, and representatives of the Asian Development Bank (ADB) and the Japan International Cooperation Agency (JICA), and the region’s leading scholars.

Speaking at the event, Vietnamese Foreign Minister Bui Thanh Son said that Japan is a reliable friend and partner of ASEAN, and the ASEAN-Japan Strategic Partnership is one of the most comprehensive relationships of ASEAN with its partners.

Japan’s First State Minister for Foreign Affairs Washio Eiichiro appreciated Vietnam’s contributions as the coordinator for ASEAN-Japan relations since 2018. He affirmed that Japan has promoted its strategic partnership with ASEAN to jointly respond to the regional and global uncertainties.

ASEAN and Japan’s cooperative partnership began in 1973. Through the years, relations have been forged towards peace, stability, development, and prosperity in Asia and the Indo-Pacific region as a whole.

Reiterating the doctrine initiated by Japanese Prime Minister Fukuda in 1977, Son welcomed Japan to promote a partnership based on trust, mutual respect, and win-win cooperation with ASEAN.

In 1977, then Prime Minister Takeo Fukuda was the first Japanese Prime Minister to meet ASEAN leaders at the 2nd ASEAN Summit in Kuala Lumpur. In the same year, during his visit to Manila, Prime Minister Fukuda enunciated the historic “Fukuda Doctrine”, and this “heart-to-heart” diplomacy became the anchor of Japan-ASEAN relations.

Accordingly, Japan set three basic principles of diplomatic policy towards Southeast Asia namely Japan is committed to peace and rejects the role of military power; Japan will do its best for consolidating the relationship of mutual confidence and trust based on “heart-to-heart” understanding as an equal partner; and Japan will cooperate positively with ASEAN while aiming at fostering a relationship with the countries of Indochina and will contribute to the building of peace and prosperity throughout Southeast Asia.

The Fukuda Doctrine remarkably contributed to ASEAN’s favorite and friendly attitudes to Japan. Japan developed its cooperation with ASEAN and played a leading role in ASEAN’s relations with external powers. In 1978, the Japan-ASEAN Foreign Ministers’ meeting was held, where Japan initiated its collaborative relationship with ASEAN as the first Dialogue Partner.

The ASEAN-Japan strategic partnership covers multilayered cooperation on ASEAN’s community building and connectivity in Southeast Asia as well as its leading role in ASEAN-centered regional institutions in Asia and the Indo-Pacific region. 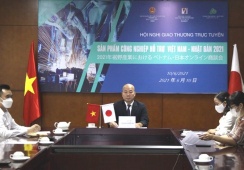 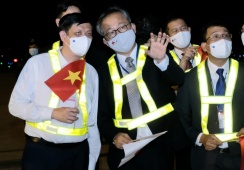 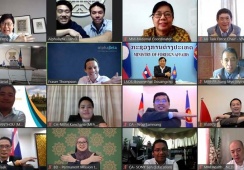