ASEAN Summit to take place in Vietnam in June as planned, Hanoi says

The Hanoitimes - Hanoi is preparing for the summit that has been postponed due to the coronavirus outbreak.

As the chair of ASEAN 2020, Vietnam is preparing for the hosting of the 36th ASEAN Summit at the end of June, the Vietnamese Ministry of Foreign Affairs has said.

The summit was originally scheduled to take place on April 8-9, but was postponed due to the coronavirus outbreak.

“Vietnam is consulting ASEAN members to ensure the success of the hosting,” Deputy Spokesperson Doan Khac Viet of the Vietnamese Ministry of Foreign Affairs said at an online press conference on May 28.

Vietnam chairs the ASEAN at a time when the health crisis hit every part of the world, circulating a rumor that the country might have an extra year for its chairmanship.

Foreign ministry Spokesperson Le Thi Thu Hang said on May 14 that there had been no suggestion among ASEAN members on the extension of Vietnam’s chairmanship.

David Hutt wrote for the Diplomat that several Southeast Asia commentators suggested it could be a good idea. For starters, there was much anticipation that Vietnam could significantly improve ASEAN’s capabilities this year.

It has an increasingly competent and assertive foreign ministry, and has played a far more active role in international affairs in recent years, such as hosting the US – North Korea peace talks in February 2019. Vietnam also holds a nonpermanent seat on the UN Security Council in 2020 and 2021.

Vietnam set itself five objectives this year, mainly to do with strengthening regional unity, connections, and partnerships. While some are still achievable, especially given the prowess of Vietnam’s foreign diplomacy, most will have to be inherited by the next ASEAN chair. 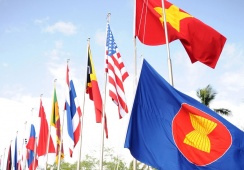 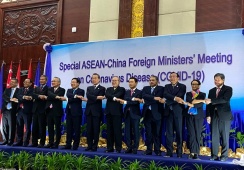 ASEAN Summit postponed until end-June due to pandemic 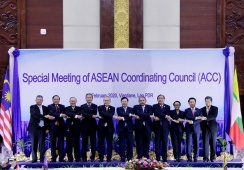