The Hanoitimes - Since the resurgence of community transmission was detected in Vietnam on July 25, the novel coronavirus has appeared in 13 cities and provinces.

The number of people infected with SARS-CoV-2 in Vietnam reached 789 as of Saturday morning with a large number of new cases linked to Danang.

Danang remains the largest affected area with 234 cases so far, of which 220 are active. The first locally-infected coronavirus case was confirmed in this beach city on July 25 and since then eight Danang residents have died of the virus, all having chronic diseases.

Its neighboring province, Quang Nam, home to famous tourist attraction Hoi An, is the second most hit locality with 65 under treatment. Ho Chi Minh City has recorded 8 local infections, and Hanoi 5.

With the new infections over the past two weeks who are all returnees from Danang, Hanoi has raised the level warning to “very high risk”.

So far, 10 people died of Covid-19 since the pandemic appreared in Vietnam late in January. All dead victims are old people with pre-existing diseases.

Over the last 10 days, each day the country witnessed an addition of at least 10 cases.

Given the rising daily infections and risk of transmission, Acting Minister of Health Nguyen Thanh Long said his ministry will try it best to support the task force comprised of leading health professionals sent to Danang, the hotspot of coronavirus outbreak.

Meanwhile, Prime Minister Nguyen Xuan Phuc said at a meeting on August 7 that the battle against the novel coronavirus in Vietnam has entered a new intense phase, and demanded authoritized agencies and localities to spare no efforts for the battle. He requested sufficient medical supplies and resources. 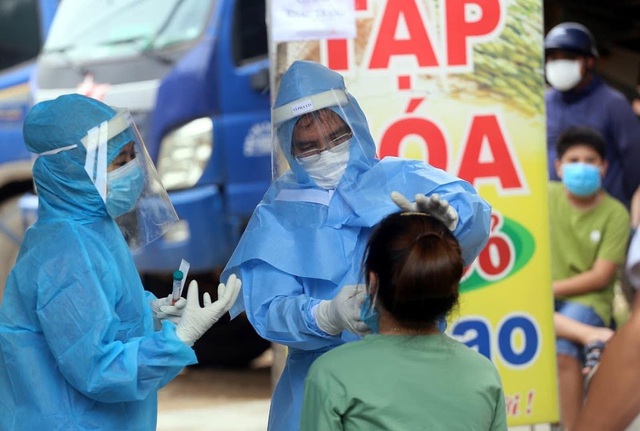 Covid-19 pandemic in Vietnam may peak in next ten days: Health official