Banks’ support for the economy would help realize the GDP growth target of 6-6.5% for this year.

An efficient banking sector is fundamental for overall economic performance, as such, the main goal of banking operation is to benefit people and businesses.

Chinh expected in the coming time the sector would continue contributing to the stability of the macro-economy and foreign exchange market, control the inflation rate and ensure the efficient implementation of the upcoming socio-economic recovery program.

According to Chinh, the SBV in this context is responsible for maneuvering both monetary and fiscal policies efficiently to aid Vietnam’s rapid and sustainable development.

He urged the central bank to continue providing a favorable environment for banks to lower lending rates, tighten loans into high-risk fields and control the issuance of corporate bonds.

“These efforts would help Vietnam speed up the recovery process to realize the GDP growth target of 6-6.5% for this year, and keeping an average inflation rate of around 4%,” he said.

At the meeting, SBV Vice Governor Dao Minh Tu said the banking sector is committed to supporting economic growth as well as businesses and people affected by the pandemic.

Tu added the SBV is working on an action plan for the soon implementation of the credit support package worth VND40 trillion (US$1.76 billion) for businesses and the people that is part of the recovery program approved by the National Assembly (NA).

In addition, Tu suggested the Government permit for state-owned banks to raise registered capital in a bid to better realize its leading role in carrying out state policies for investing in major infrastructure projects.

To ensure greater efficiency in addressing bad debts, Tu suggested the Government seek the NA’s approval for extending the validity period of resolution 42 on settling bad debts until 2025, along with drafting a law on addressing the issue.

Tu expected bad debts to continue rising due to the pandemic impacts on enterprises, as such, the target of keeping the bad debt ratio below 3% remains challenging.

“While the restructuring of debt payment schedule as well as waiving and freezing of lending rates are essential to support the businesses, it also poses higher risks of bad debts and losing liquidity in mid-term,” he added.

This was because the banking system is the main source of credit supply for the economy, especially in the medium and long term, Tu said. 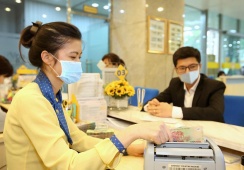 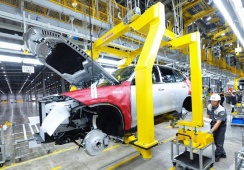 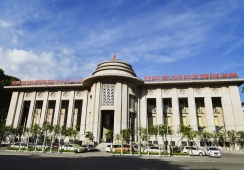 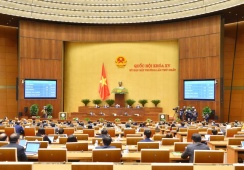