China's move undermines negotiations among China and ASEAN member states for a binding Code of Conduct in the South China Sea (CoC).

China’s establishment of two new administrative districts in the Paracel and Spratly Islands is a provocation, violating the Declaration on Conduct of Parties in the South China Sea (DoC), said Carlyle A. Thayer, Emeritus Professor, the University of New South Wales (UNSW) at the Australian Defense Force Academy.

The move seriously undermines negotiations among China and ASEAN member states for a binding Code of Conduct in the South China Sea (COC), said the professor, who is also director of Thayer Consultancy.

In analysis “South China Sea: China Declares Two New Administrative Districts”, the professor considers five issues related to China’s establishment of two new administrative districts in the South China Sea: (1) impact on US freedom of navigation operational patrols, (2) how states can protect their rights under international law, (3) how claimant states should respond to China, (4) what action should Vietnam take, and (5) as ASEAN Chair what should Vietnam do with respect to the Code of Conduct.

The professor has answered to the aforementioned issues as follows.

How will U.S. strategy and freedom of navigation operational patrols (FONOPS) be affected, and how will the United States respond?

US freedom of navigation operational patrols (FONOPS) will not be affected by China’s decision to set up two new administrative districts. FONOPS are designed to challenge what the United States perceives as excessive maritime claims. For example, the U.S. FONOPS are regularly conducted in the waters around the Paracels to challenge China’s straight baselines around the entire archipelago.

FONOPS are also conducted because the US refuses to give prior notification of its activities to China and Vietnam.

The United States takes no position with regard to competing claims of sovereignty. The US will not recognize the new administrative units for the Paracels or the Spratlys.

The US will continue to sail on and fly over the South China Sea where international law permits.

What should states with interests in the South China Sea need to do to protect their rights under international law?

Countries that want to protect their rights under international law should pursue four courses of action.

First, they should lodge bilateral diplomatic protests whenever their rights are violated. Second, they should seek political and diplomatic support from other claimant states as well as the international community. Third, they should take legal action such as invoking the compulsory dispute settlement mechanism in the United Nations Convention on the Law of the Sea. Fourth, they should carry out ‘self-help,’ a term used by international relations specialists to refer to building up a country’s national defense capacity.

What should the countries that have disputes with China in the South China Sea do?

Countries with maritime disputes with China in the South China Sea should conduct dialogue with China and among themselves to promote their common interests and to provide mutual support. A recent example is the Philippines support for Vietnam after China sank a Vietnamese fishing boat.

Countries with maritime disputes with China in the South China Sea should continually protest when China undertakes unilateral acts that undermines their sovereignty.

What do you recommend for Vietnam in the short- and long-term?

Vietnam should continue to pursue its strategy of ‘cooperation and struggle’ (vừa hợp tác vừa đấu tranh) with China, attempt to resolve maritime disputes with the Philippines and Malaysia, and form a lobby group within ASEAN to promote international law and the peaceful settlement of disputes.

Vietnam must be prepared for the long game. In other words, short-term measures are unlikely to yield positive results and therefore claimant states must be willing to play a waiting game with China.

Regarding Code of Conduct, what should Vietnam do as ASEAN Chair?

Vietnam should make it clear to its fellow ASEAN members that it will not accept a COC unless it clearly defines the geographic area to be covered, contains a workable dispute settlement mechanism, is legally binding on all parties, and is open to accession by states outside the region. 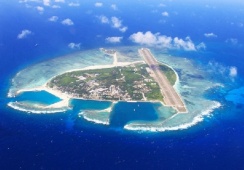 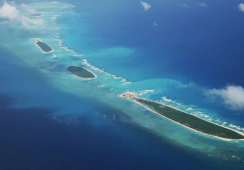 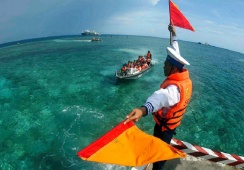