The Hanoitimes - Debate on when reopening schools has heated up online and offline talks.

That Vietnamese students can return to school from next week has sparked controversy as the Covid-19 epidemic evolution is still complicated, VnExpress reported.

Prof. Nguyen Minh Thuyet, former deputy chairman of the National Committee for Culture, Education, Youth, Adolescents and Children of the National Assembly, said that students should return to school since March because the Covid-19 epidemic has been controlled.

Since Covid-19 broke out, schools nationwide have been shut to avoid concentration of people, as instructed by the Health Ministry to prevent the spread of the disease. However, as Vietnam is well containing the disease and has achieved positive treatment results, students should be allowed to return to school, Thuyet explained.

However, former Deputy Minister of Education and Training Nguyen Vinh Hien disagreed, arguing that Vietnam has managed to prevent Covid-19, but it has only been the first battle won and epidemic developments are still complicated and it has spread to many countries. If students gather at school, making close contact with each other, the risk of infection would be high. Schools should be shut until the end of March, Hien suggested.

In another move, the Ministry of Education and Training on February 27 recommended that students in preschools, elementary and secondary schools nationwide should take one or two more weeks off to avoid Covid-19.

Students of high schools and higher education institutions can return to school from March 2, after a one-month break. 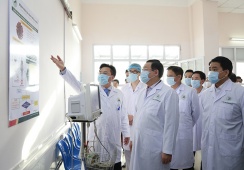 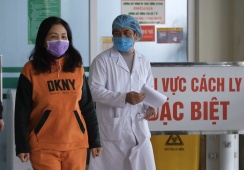 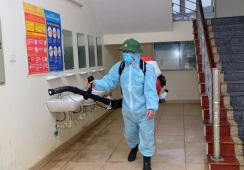