Copyright offenders in the Phimmoi.net case to be prosecuted

The first copyright infringement case being prosecuted in Vietnam may help raise the local public’s awareness of copyright protection.

Ho Chi Minh City Police are investigating the copyright and infringement related to the website Phimmoi.net.

This is a video piracy site, which used to be one among 20 websites with the largest number of visits in Vietnam, with estimated traffic of 60-100 million visits per month.

The website had been accused by the US authorities of counterfeiting and piracy activities in 2020. By the end of June 2020, the domain phimmoi.net was subsequently blocked by the Vietnamese government. However, most of its traffic shifted to phimmoizz.net, which is believed to be run by the same operator. The new domain quickly becomes one of the most popular websites in Vietnam.

According to the information given by Ho Chi Minh City Police, an individual living in the southern province of Lam Dong was found developing a website specializing in streaming pirated movies since 2014. He hired two IT engineers from Quang Nam Province to manage and operate the website www.phimmoi.net.

This group since then copied, exploited, and streamed cinematographic works without the permission of the rights holders. Not only that, but they also advertised pirated products and services for illegal profits with particularly large amounts of money.

Currently, these three individuals involved in the incident have been detained to investigate their crimes.

According to Phan Vu Tuan, Vice Chairman of Ho Chi Minh City Intellectual Property Association, dealing with digital content copyright infringement has remained an arduous and troublesome issue in Vietnam. The reason for the popularity of pirated movie sites is due to the huge profits that they bring back to the owners.

“Along with the huge amount of traffic, Phimmoi’s advertising revenue is huge, and most of it comes from foreign advertisers,” he said.

The accusation of websites streaming pirated movies in Vietnam has long been a conundrum for both copyright holders and Vietnamese authorities. Regarding Phimmoi.net, this is the first time Vietnam’s police force has prosecuted a case of copyright infringement.

According to the experts, this is a significantly positive signal from Vietnam’s authorities in combating online movie piracy in particular and copyright piracy in general.

The case will create a huge impact on other infringers, making them realize the potential consequences of their infringing acts, thus, to better preserve the creative works of filmmakers and IP right owners. On the other hand, the accusation of the Phimmoi.net case will also help raise the awareness of copyright among the people in Vietnam. 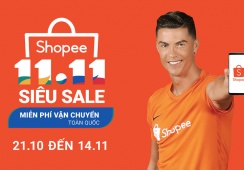 US accused two online platforms in Vietnam for counterfeiting and piracy