The Hanoitimes - Vietnam's economy is expected to grow 6.8% this year before slowing to 6.5% in the next few years.

The foreign sector and domestic consumption remain the main drivers of Vietnam’s stellar economic expansion over the past years amid slower credit growth and sluggish disbursement of public investment, a senior World Bank (WB) economist has said.

The combination of the foreign sector, whose exports have been growing 8-10%, and the domestic consumption, driven by an emerging middle class and growing wages, has driven Vietnam’s growth, Jacques Morisset, lead economist at the WB in Vietnam, said in response to Hanoitimes’ question at a press meeting today [December 17].

The latest Taking Stock, the World Bank’s bi-annual economic report on Vietnam released today, emphasizes the resilience of the Vietnamese economy. GDP growth has continued to be driven by a strong external sector with exports expanding by about 8% in 2019 – nearly four times faster than the world average.  Foreign direct investment (FDI) inflows averaged US$3 billion per month.

The WB retains its GDP growth forecasts for Vietnam at 6.8% this year, with public debt reduced by almost 8 percentage points of GDP since 2016, and a trade balance surplus for the fourth year in a row. The bank said these results are “remarkable” in the context of a slowing global economy.

According to the Vietnamese central bank, credit in the banking system expanded by just 8.95% year to October 4, slower than a 10.3% expansion in the comparable period of 2018. The whole-year lending growth is expected at 13.2%, the lowest in the past decade, according to Viet Dragon Securities.

Looking ahead, WB economists said prospects for the short to medium term are good as the country’s economy is forecast to grow around 6.5% over the next few years.

“Vietnam’s economic fundamentals appear robust, and the government has built some fiscal space through its prudent fiscal policy,” said the bank in a release.

The bank also pointed out that the country is not completely immune to external shocks as demonstrated by the gradual decline in export growth from 21% to 8% between 2017 and 2019. This decline in export growth has been even more pronounced in non-US markets, up by only 3.6% during the first 11 months of 2019. Greenfield FDI has also slowed by about 30% over the past two years, even if it has been compensated by an increase in mergers and acquisitions.

To account for these external risks, and to bring an additional engine of growth to the economy, the report recommends making the development of a strong and dynamic private sector a priority. However, many firms operating in the domestic market face severe obstacles preventing their expansion, with the most pertinent being access to credit.

“Addressing the financing constraint of firms should receive the greatest attention from policy makers if Vietnam wants to continue on its trajectory of rapid and inclusive growth and reach high-income status in the coming decades,” said Ousmane Dione, World Bank country director for Vietnam. 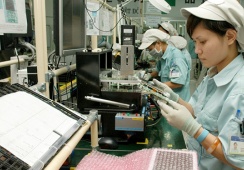 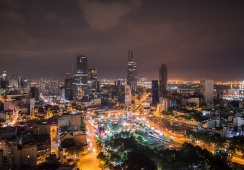