The Hanoitimes - A health official affirms that there’s no secondary transmission at Bach Mai Hospital so far.

Vietnam confirmed six people positive with the new coronavirus (SARS-CoV-2) on March 20, including two female nurses, lifting the tally of infections in the country to 91.

The two nurses at Bach Mai Hospital, one of the leading hospitals in Vietnam, became patients No.86 and No.87 and are under treatment at the National Hospital for Tropical Diseases, according to the Ministry of Health.

Patient No.86 is a 54-year-old nurse at HIV Outpatient Ward of the Center for Tropical Diseases, was infected with the virus after a holiday to Con Dao island off the southeast coast of Vietnam.

Patient No.87, a nurse of 34 years old, works at Admission Ward of the same center. She was in close contact with Patient No.86.

A 25-year-old student returning to the country from the UK is patient No.88. She arrived at Noi Bai International Airport in Hanoi on March 12.

Patient No.89 is a girl of 22 years of age in Ho Chi Minh City. She landed in Tan Son Nhat International Airport on flight NH831 on March 17 from Japan.

Patient No.90, a 21-year-old girl in Ho Chi Minh City, arrived at Tan Son Nhat airport on flight EK392 on March 16 from Spain with a stopover in Dubai.

The latest case is a British man, 43, living in Ho Chi Minh City. He is a pilot of Vietnam Airlines.

For the two nurses at Bach Mai Hospital, Deputy Minister of Health Nguyen Truong Son told local media that their infection is that between a patient and a person of close contact, not a secondary transmission at the hospital.

In reality, the nurses worked at two adjacent rooms and shared time eating and sleeping together.

As many as 248 people who are health workers linked to the nurses have been identified. They have all tested negative with the virus.

The deputy minister has warned clinics and medical staff to be more aware of the transmission and work with protective clothing.

With the newly-infected cases, Hanoi tops localities nationwide with 27, Ho Chi Minh ranks second with 20 (three have been cured), Vinh Phuc province follows with 11 (all discharged), and Binh Thuan province with 9. 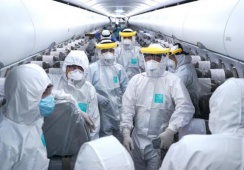 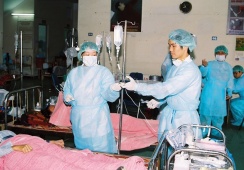 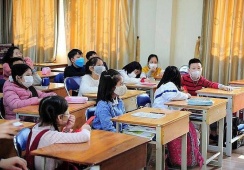