Fitch Solutions has revised its forecast for Vietnam to record a fiscal deficit of 3.8% of GDP (excluding debt principal repayments) in 2020, versus 3.4% previously.

Vietnamese government’s announced stimulus package to help businesses cope with the Covid-19 epidemic and support growth, will see 2020 record a larger deficit versus the government’s prior forecast, according to Fitch Solutions.

Fitch Solutions, a subsidiary of Fitch Group, has revised its forecast for Vietnam to record a fiscal deficit of 3.8% of GDP (excluding debt principal repayments) in 2020, versus 3.4% previously.

The government targeted a deficit of 3.4% (excluding debt principal repayments) in its 2020 state budget plan released in December 2019. Accounting for debt repayments, Fitch’s 2020 deficit forecast is revised to 7.4% of GDP, from 7.0% previously.

The forecast revision comes on the back of the government’s announcement on March 3 that it plans to spend VND27 trillion (US$1.16 billion) to help businesses cope with the Covid-19 epidemic and help the economy stick to its 6.8% growth target in 2020, including tax breaks, delayed tax payments, a reduction in land lease fees, and an acceleration of state spending on infrastructure projects.

In light of this fiscal package, Fitch Solutions has revised up its forecast for expenditures to grow by 8.1%, from 7.4% previously, over the first 2019 full year estimates. It is expected that on top of fast-tracked public spending on infrastructure projects, government spending will also be directed toward industries which are hard hit by the virus impact. These industries include tourism, transport, electronics, and agriculture.

Fitch Solutions considered the tourism sector highly vulnerable over the near term due to travel restrictions in the region and also a general apprehension among travelers to outbound travel due to fears of infection. Lower tourist arrivals would also reduce demand for transport services.

Meanwhile, supply chain disruptions from China’s factory work stoppages as part of the Chinese government’s attempt to contain the virus’ spread will weigh on electronics manufacturing. China’s lockdown of multiple cities nationwide to contain the virus’ spread would also pressure demand for Vietnam’s agriculture exports. Indeed, exports to China has slowed significantly since end-January as China limited trade to contain the outbreak, with more than 1000 containers (carrying both agriculture and non-agriculture goods) remaining idle at Vietnam’s northern border with China at the time of writing.

Fitch Solutions has also revised down its revenue growth forecast to 3.2%, from 4.1% previously, expecting the epidemic impact to take a heavy toll on economic growth in the first half of 2020, correspondingly pressuring wages and corporate profits.

This would come as a double whammy on revenue collection for the year as the stimulus package announcement has also announced tax breaks, amongst other revenue reducing measures such as a reduction in land lease fees.

According to Fitch Solutions, its forecasts are contingent on the virus’ impact lasting over both the first and second quarters of 2020. A quicker subsiding of the virus impact, and correspondingly smaller negative shock on economic growth would see a narrower fiscal deficit, vice versa. 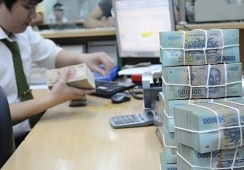 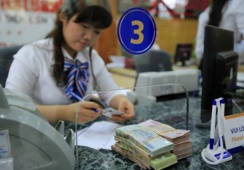 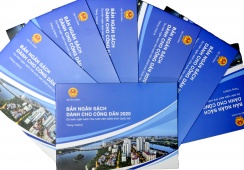