German companies hesitate to invest in Vietnam on Covid-19: Survey

The Hanoitimes - The German businesses saw the Vietnamese government has taken decisive and forceful action against the impact of the coronavirus crisis and expect these measures to be taken as fast as possible.

Only 14% of German companies plan to increase investment in Vietnam in the next 12 months, while the rate exceeded 50% in the previous two years as the Covid-19 pandemic is wreaking havoc on the global and Vietnamese economy, according to the AHK World Business Outlook Survey released on April 7.

The rate, however, is still higher than the median in ASEAN countries at 9%.

The survey found that 27% of German companies in Vietnam have no intention to invest in the Southeast Asian country, much higher than a rate of 4-5% two years ago, while 27% of the respondents said they would decrease investment.

According to the survey's findings, almost German companies in Vietnam have already bear the brunt of the pandemic since its outbreak. Eighty-six percent have been feeling the initial impact of the virus, especially because of the travel restriction. Cancellation of the trade fairs and large-scale events, and the decline in travel, are affecting the service sector, especially in the areas of logistics, trade, gastronomy and tourism.

Fifty-five percent reported the virus has disrupted their supply chains. Meanwhile, 55% of the firms are experiencing cancellation of contracts, and 50% are rescheduling their new investment intentions due to the outbreak of coronavirus.

Under these circumstances, this year, German companies’ revenue expectation dropped significantly due to the coronavirus. According to the survey, 82% reported adjusting revenue targets downward. Nine percent have serious problems and expected a significant decline of more than 50%. Sixty-three percent of them calculated with loss of 10% to 50%.

As foreign demand is dropping, and international supply chains are being disrupted, 14% of German companies estimate their business performance to be weakened in 2020. Fifty-nine percent expect that their company’s operations and financial position will be stable this year. Only the 27% respondents expect their current business situation in Vietnam better in 2020, while the figure of 2019 and 2018 was up to 77% and 56%, respectively.

Regarding evaluation of production, 32% of German companies think their production activities will be worse in the next 12 months, while no one worried about the next year’s production in 2019.

Compared with other German firms in ASEAN, the German community in Vietnam has the optimistic perspective and expectation in the upcoming year, two-third of respondents believed that their business situation will stable and even be getting better in 2021.

Demand and the economic policy framework keep improving this year. Sixty-eight percent companies think that they’ve been suffering a big hit in 2020 from the coronavirus with a major decrease in demand.

Compared to the 51% rate of 2019, 59% of German companies express concern about the economic policy as one of the great factors of uncertainty for their businesses in 2019 in Vietnam. Other issues such as financing, infrastructure and lack of skilled workers might threaten their businesses here.

German companies expected EU-Vietnam Free Trade Agreement (EVFTA) and EU-Vietnam Investment Protection Agreement (EVIPA) would improve the economic policy in Vietnam in the long run. They could enjoy protection of investments with trade facilitations and increase investments in Vietnam. For the mid-term, there will be many foreign-direct investment (FDI) flows for highly-valued projects into Vietnam. German investors would bring their well-known technology in management and training to this country, allow more value-added, less waste of material and resources production. 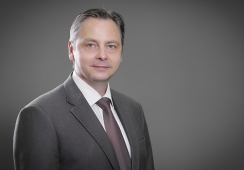 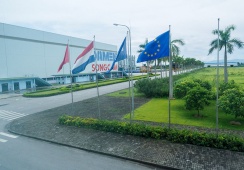