Most of this sum will go to the COVAX Facility, which is procuring and financing vaccines for developing countries.

The German government has pledged to donate EUR1.5 billion (US$1.83 billion) to the global fight against Covid-19 through the COVAX vaccine-sharing scheme, making Germany one of the largest donors to this program.

Chancellor Angela Merkel made the commitment at the G7 Summit held online last weekend, according to the Embassy of Germany in Vietnam.

The move is aimed to ensure low- and middle-income countries have access to Covid-19 vaccines amid virus mutations.

Vietnam is among countries benefiting from the COVAX Facility, the fair vaccine distribution mechanism led by the World Health Organization (WHO).

Vietnam has secured to get between 4.88 and 8.25 million doses of vaccines through the COVAX Facility. Its Health Minister Nguyen Thanh Long said the country might receive 30 million doses this year from this program.

Commenting on the Germany’s commitment, German Foreign Minister Heiko Maas said “We are not safe unless everyone is safe”

That is why the German government is backing a joint, multilateral approach, namely the Access to Covid-19 Tools Accelerator (ACT-A) coordinated by the WHO, he added.

The additional EUR1.5 billion includes the majority for vaccination for people in humanitarian crises, EUR110 million coming from the Federal Foreign Office, and EUR10 million for the WHO’s emergency fund which can be used flexibly and at short notice, Maas noted.

To date, only 0.5% of vaccinations are administered in poorer countries compared to the goal of having at least 20% of the population by the end of the year. However, funding for this has not been secured yet, even after the G7 Summit.

To make the goal achievable, the COVAX vaccine platform needs a total of US$27.7 billion.

Earlier this month, US President Joe Biden at G7 meeting pledged US$4 billion to COVAX Facility.

In another move, United Nations (UN) Secretary-General Antonio Guterres has called for a Global Vaccination Plan and proposed that the Group of 20 (G20) set up an emergency task force to prepare the scheme.

Addressing a high-level meeting of the UN Security Council on February 18, the UN chief said only 10 countries have administered 75% of all vaccinations while 130 countries have not received a single dose of vaccine.

He demanded a global effort to get all people in every nation inoculated as soon as possible. 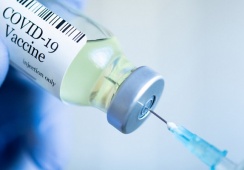 COVAX sets out plan for distribution of vaccines in Vietnam 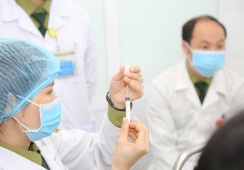 Vietnam to get 5M doses of COVAX vaccines in Q1 First vaccines to come to Vietnam before end of February: UN