The Hanoitimes - 'Made in Vietnam' Pixel phones and Surface laptops from Google and Microsoft are expected to start shipping in the first half of 2020.

Google and Microsoft are accelerating efforts to shift production of their new phones, personal computers and other devices from China to Vietnam amid the worsening Covid-19 epidemic, Nikkei Asian Review reported.

Google is set to begin production of its latest low-cost smartphone -- expected to be dubbed the Pixel 4A -- with its partners in northern Vietnam as soon as April. The IT tech giant also plans to manufacture its next-generation flagship smartphone -- the Pixel 5, as it is expected to be called -- in the second half of 2020 in the country.

Google is the world's No. 2 smart speaker maker after Amazon and its Pixel phone, though ranked No. 6 in the US market last year, grew more than 50% in shipments globally.

Microsoft, which began its foray into PC hardware in 2012, is scheduled to start producing its Surface line, including notebook and desktop computers, in northern Vietnam in the second quarter of this year at the earliest, another two sources familiar with the matter said.

"The volume in Vietnam would be small at the beginning, but the output will pick up and this is the direction that Microsoft wants," a supply chain executive with direct knowledge of the matter told Nikkei.

Until now, most if not all Google smartphones and Microsoft-built computers have been made in China. The US-China trade war caused many industries -- especially technology -- to consider the risks of overreliance on China for manufacturing. The Covid-19 has only added to concerns about concentrating production too heavily in one place.

"The unexpected Covid-19 hit will definitely push electronics builders to further seek production capacity outside their most cost-effective production base of China," a supply chain executive was quoted by Nikkei as saying. "No one could ignore risks after this. It's more than just cost -- it's about continuity of supply chain management."

Google even asked its suppliers to evaluate the feasibility and cost implications to uninstall some production equipment and ship it from China to Vietnam via land, sea or air transportation after virus fears left production facilities unable to immediately return to work in February, one of the sources briefed on the matter said.

Microsoft also kicked off its production plan in Vietnam earlier than planned in the wake of the spreading epidemic, sources said.

Google started its effort to move some production out of China last year. It asked one of its partners to convert an old Nokia factory in the northern Vietnamese province of Bac Ninh to handle the production of Pixel phones, Nikkei first reported.

Another factory in the northern Vietnamese province of Vinh Phuc also has been approved by the American company to make smartphones, the Nikkei has learned. Working with multiple partners, Google also moved its data center server production to Taiwan last year and started to manufacture other smaller smart home products such as its Nest Wifi internet router in Vietnam at the end of last year. 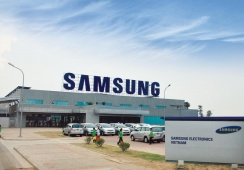 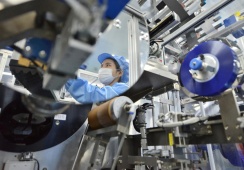