The Hanoitimes - The move was taken after Hanoi confirmed the first case of Covid-19 on March 6 and the city’s authorities continued to postpone the reopening of schools.

The Hanoi Department of Education and Training has begun to broadcast lessons and lectures via television for pupils of grades 9 and 12 from March 9, Phapluat.net quoted the department’s Director Chu Xuan Dung as saying.

The move was taken after Hanoi confirmed the first case of Covid-19 on March 6 and the city’s authorities postponed the reopening of schools.

Dung said the Hanoi Department of Education and Training has been working with the city's broadcaster Hanoi Television to build online learning plans for students.

The lectures consist of lessons in the 9th and 12th grade programs for the 2019-2020 school year and are taught by qualified teachers. They will help students review their knowledge and skills before the graduation exams.

Earlier, at a meeting on March 7, Chairman of the Hanoi People’s Committee Nguyen Duc Chung decided to postpone the class resumption date for students in Hanoi. Accordingly, senior high school students will not return to school on March 9 as decided earlier. 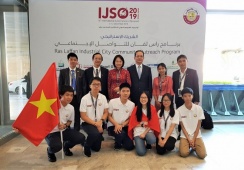 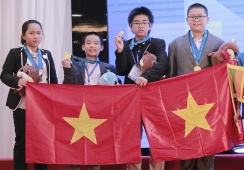