The Hanoitimes - People are requested to minimize outdoor activities, refrain from traveling by public transport and leave home out of necessity .

He referred to the turnout of hundreds of people, many even without wearing face masks, to the West Lake Temple on March 24, the first day of lunar March.

As public gatherings are one of the biggest sources of coronavirus contagion, given the complicated pandemic situation in Hanoi with high risk of outbreak, Hanoians should comply with the government instruction of not leaving home out of necessity, Chung added.

The city’s mayor asked to investigate the responsibility of the authorities at district and ward-level as well as those who are in charge of the temple for the turnout.

According to Pham Xuan Tai, vice chairman of Tay Ho district People’s Committee, all relics and tourism attractions in the district have been closed in compliance with the city’s instruction. The believers did not enter the temple but performed the rituals on the street outside.

The district authorities immediately set up barricades to keep people away from the temple and required local residents to disperse.

On the morning of March 25, the Hanoi People’s Committee issued an express note to Tay Ho district, reiterating the instruction of the local government on the drastic implementation of measures to prevent the Covid-19 pandemic in the locality.

The city’s leader also demanded that people should avoid mass attendance at family events such as funerals, anniversaries, birthday parties. He encouraged people to stay home, work and study online through information technology and television. 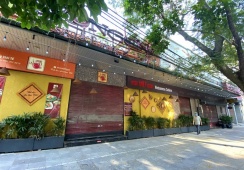 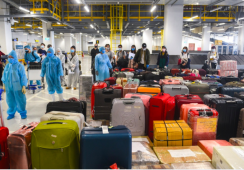 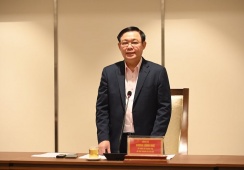