The Hanoitimes - The Formula One (F1) race promises to generate a momentum for tourism development in the capital city, including accommodation, transportation and other services.

Though the F1 Vietnam Grand Prix 2020 has been canceled due to Covid-19, the capital city’s preparation for the event showed the city’s efforts to develop tourism and promote itself.

Mr. Dinh Ngoc Duc, head of the Tourism Marketing Department under the Vietnam National Administration of Tourism (VNAT), told Kinh the & Do thi: “All plans have changed after the race was canceled due to unexpected reasons. The resumption of inbound tourism and the F1 Vietnam Grand Prix depend on the evolution of Covid-19.”

In August, the F1 Race Organizing Board announced four additional races for the 2020 F1 calendar will be held in Turkey, Bahrain (hosting two races), and Abu Dhabi and Vietnam is off the list. The Vietnam Grand Prix postponement was aimed at ensuring the health and safety of the organizers, drivers and fans.

Great significance for the city

The F1 race is expected to be an attractive sport and entertainment event, attracting international tourists to Hanoi and the country. In particular, this is also an opportunity to promote the image of Hanoi in particular and of Vietnam in general.

As a large-scale international event, the F1 Vietnam Grand Prix is meant to attract high-income tourists, and thus earn better revenue for Hanoi.

According to CEO of Vietnam Grand Prix Corporation Le Ngoc Chi, the F1 race in Hanoi will be not only a sport event but also an important cultural, and tourist event for the city and the whole country.

“The race will contribute to promoting the culture, the landscape and people of Vietnam, building an image of a dynamic, modern, civilized and friendly Vietnam to international friends,” Ms. Chi said.

Through the race, fans around the world will have the opportunity to experience and explore Hanoi with millenary history, culture, and cuisine of Vietnam.

Currently, domestic tourism has been restored, but the inbound tourism has only been promoted online, Mr. Duc from VNAT said. However, the capital city and Vietnam have prepared well for the full reopening to international tourism. 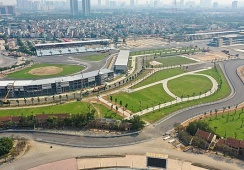 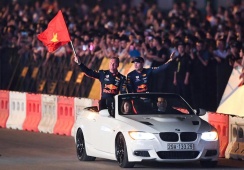 F1 race could take place in Hanoi this November