Manufacturing and processing that accounts for 96.5% of total production value in the industry sector expanded 4% year-on-year during the eight-month period.

Hanoi’s Index of Industrial Production (IIP) in August has grown 3.4% month-on-month and 6.2% year-on-year, marking positive growth for the fourth consecutive month, according to the municipal Statistics Office.

Such growth led to an expansion of 4.1% year-on-year of the IIP in the January – August period, said the municipal Statistics Office in its monthly report.

Upon breaking down, the mining industry’s output decreased 8.5% year-on-year, however, posing little impact on the overall growth due to its modest contribution to the economy. The manufacturing and processing industry, accounting for 96.5% of total production value in the industry sector, expanded 4%.

Production and distribution of electricity rose 6.1% year-on-year while water supply, sewage treatment and waste water collection was up 5.6%.

Subsectors that increased sharply in August due to growing demand during the pandemic include medicine (up 20.5% year-on-year); furniture production (14.4%); food (16.2%); cigarettes (12.3%); computers and electronic products (10.5%), among others.

Meanwhile, major industrial subsectors that saw their output down in August were beverage (-4.8% year-on-year), transportation vehicles (-7.9%), clothes (-3%), and industrial textile (-1.4%).

Cost of living rises in August

The consumer price index (CPI), the main gauge of inflation, went up 2.5% year-on-year but was down 0.19% against that of in last December. This resulted in an average expansion of 3.39% year-on-year in the first eight months of this year.

Seven out of 11 commodity groups that are components of the basket for CPI calculation witnessed month-on-month increases in prices. Among them, housing, water and electricity supply, and construction materials posted the sharpest increase of 0.86%, as electricity consumption surged due to hot weather, contributing 0.19 percentage points to the overall growth of the CPI.

Other groups that saw their prices up in August were food and catering services (0.19%) as people stockpiled basic necessities amid the Covid-19 outbreak in early August; transportation (0.17%); other goods and services (0.14%); medicine and healthcare services (0.04%); education (0.02%);

While garment, footwear and hats remained unchanged compared to the previous month. The three groups that saw their prices down in August were household equipment and appliances (-0,04%); post and telecommunications (-0.07%), and culture, entertainment, and tourism (-0.16%). 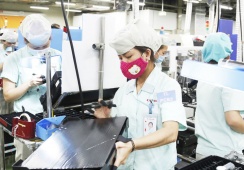 Hanoi aims to become a modern industrial city by 2030 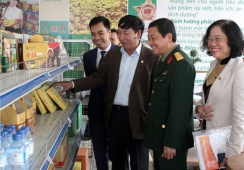