The Hanoitimes - More than two million pupils in the city from kindergarten to university will have two more weeks off.

Chairman of the Hanoi People’s Committee Nguyen Duc Chung on March 18 decided to keep closing all schools in the city, lengthening the school break till April 5 to curb the spread of the Covid-19 pandemic, Kinh te & Do thi newspaper reported.

It means that more than two million pupils and students in the city from kindergarten to university will have two more weeks off and the date of class resumption remains unknown, depending on the pandemic’s evolution.

The Hanoi mayor’s decision was made based on the Covid-19 situation in the city and different polls in which the majority of parents didn’t want their children to be back to school for the time being.

“If everything goes well, on April 5, we will be ready to resume classes. Otherwise, the city’s authorities will continue to postpone the reopening of schools, and broadcast lessons and lectures via television for students,” Chung said.

The Hanoi mayor also suggested that overseas students returning to Vietnam should stay at home for safety, stating that the main source of Covid-19 infection in the city comes from abroad, including students and foreign tourists who arrived in Hanoi from March 3 to 6.

As of March 19, Hanoi has 20 active coronavirus-infected cases, the largest number in Vietnam. Over 2,000 people are in concentrated quarantine establishments in the city. 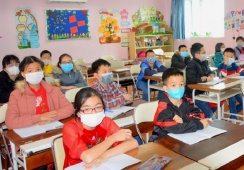 Vietnam extends school closure for one more week over Covid-19 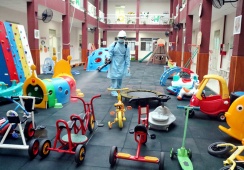