The Hanoitimes - Hanoi has been ranked 9th among the list of the locations worldwide.

Hanoi has been listed among the top 10 destinations for cycling enthusiasts in the world, according to MapQuest, an American free online web mapping service.

From Hanoi along the coast toward Ho Chi Minh City, there is an amazing route of over 700 miles that takes riders along perfect sandy beaches and beautiful coastlines, it said. On the list, Hanoi is on the ninth place. “Cycling culture is extremely strong in Vietnam, and residents are often to be seen on their bikes whether they’re commuting to work or riding around for fun,” the article wrote.

Besides Vietnam's capital city, Langkawi city of Malaysia has been the second Asian one that made it to the MapQuest’s list. Langkawi archipelago is hailed for encompassing over a hundred islands and being an amazing area that’s popular for cycling around waterfalls and pristine beaches.

MapQuest was launched in 1996 as a commercial web mapping service and it has become popular among travel lovers around the world. Not only providing mapping information, it also helps users automatically find directions and locate nearby points of interest, including airports, hotels, restaurants, banks and ATMs. 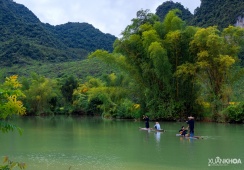 Vietnam ranks 9th out of top 20 travel destinations: US magazine 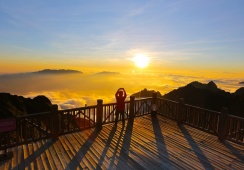 “Vietnam - Go there to experience” to kick off for domestic travelers