The Hanoitimes - The suspension will last for 90 days from August 11.

Nguyen Duc Chung, chairman of the Hanoi People’s Committee, has been suspended from all positions for his involvement in several criminal cases under police investigation.

Mr. Chung will be barred from holding both the position of Chairman of the Hanoi People’s Committee and Deputy Secretary of the Hanoi Party Committee for 90 days from August 11. The decisions were made by the country’s most powerful body Politburo and the prime minister on the same day.

The suspension is aimed to “verify and investigate Nguyen Duc Chung’s involvement in some cases in accordance to the law,” Vietnam News Agency reported, citing the decisions.

Mr. Chung's suspension is due to his engagement in three cases, To An Xo, chief of the Officie of the Ministry of Public Security, told VnExpress.

Born in 1967 in the northern province of Hai Duong, Mr. Chung began his career as a policeman in 1997. He was promoted to director of the capital city’s police department before being elected to the position of Hanoi’s mayor in December 2015. 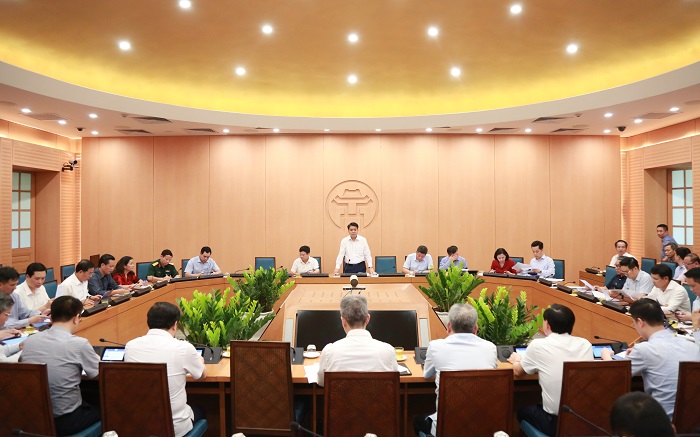