Hanoi has taken the lead nationwide in building and modernizing an automatic air monitoring network to provide reliable data to people, Kinhtedothi.vn quoted Deputy Director of the municipal Department of Natural Resources and Environment Le Tuan Dinh as saying.

Dinh said that in recent years, Hanoi's air quality has worsened due to rapid urbanization. Emissions, dust from vehicles and construction sites, the rampant use of charcoal stoves, garbage and straw burning have caused numerous impacts on the city's environment.

Dinh stressed that with the total number of 35 automatic air monitoring stations across the city, since 2018, Hanoi has always taken the lead in collecting data for environmental protection.

In early 2017, Hanoi received 10 such devices sponsored by Vingroup. In July 2019, the network received data from a monitoring station located at the French embassy.

At the end of 2019, Chairman of the municipal People's Committee Nguyen Duc Chung approved a project to install air monitoring stations in 30-50 locations across the city.

Dinh said that his department is now managing six surface water monitoring stations, collecting data from 29 wastewater stations, five stations for controlling underground water, another one for supervising emission in industrial parks, production and business facilities in the city.

Notably, information on air quality in Hanoi is made public daily or can be accessed through the official website https://moitruongthudo.vn and water quality index is updated continuously on http://chisoquantracnuoc.vn. 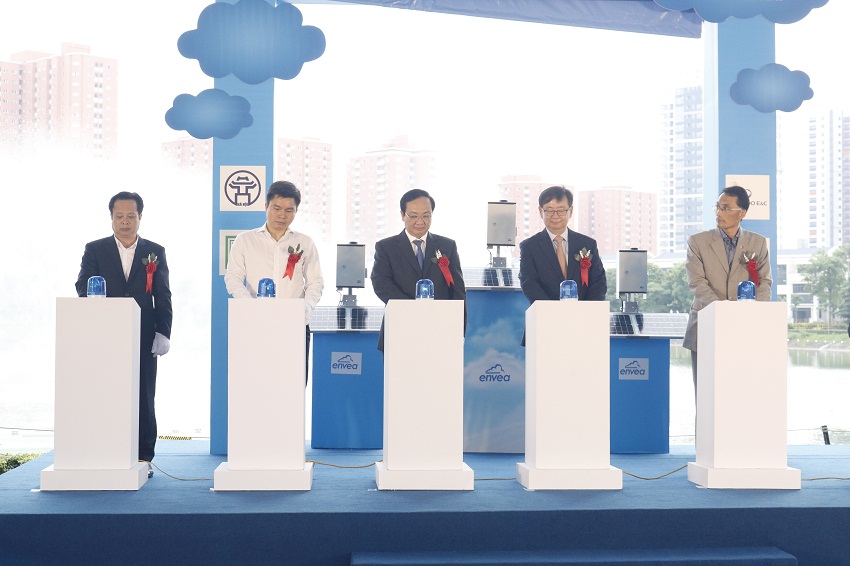