While there have been delays in the approval process of new foreign-invested projects, the Hanoi People’s Committee has decided to allow investors to submit their proposals directly to the city’s task force specialized in aiding project implementation.

This mechanism is applied to land-related projects, which has been stated in a legal document recently released by the Hanoi People’s Committee to ensure efficiency in attracting foreign direct investment (FDI) into the city in the future.

A boost in FDI attraction is increasingly important, given the city’s economic performance being severely affected by the Covid-19 pandemic, stated the committee, which is the executive branch of the city.

According to the committee, some departments and units have not performed their duties as regulated during the approval process of foreign-invested projects in Hanoi. Therefor, it requests greater responsibilities from relevant agencies to boost high quality FDI to Hanoi and support the city’s efforts towards economic recovery.

In the January – April period, Hanoi approved 235 new projects and capital increase of other 35 with additional funding worth a combined of US$689 million, as well as capital contribution worth US$293 million in other projects.

Among 57 cities and provinces in Vietnam having received FDI in the four-month period, Bac Lieu has attracted the largest portion of capital commitments with US$4 billion. Ba Ria – Vung Tau came second with US$1.9 billion, followed by Ho Chi Minh City with US$1.31 billion. 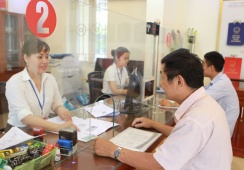