Chairman of the municipal People's Committee Nguyen Duc Chung has thanked its residents for collaborating with authorities in recent days to comply with the Covid-19 disease prevention protocol in the city, the Government Portal reported.

The local residents have helped the city’s authorities trace, verify and basically isolate all passengers and crews related to Vietnam Airlines flight VN0054 that came from London on March 9 with 10 passengers positve with the coronavirus so far.

People related to all 13 positive cases detected in recent days have been identified. There have been no cases of infection cases in the community with unknown origin.

The Hanoi mayor requested suspension of all the city’s foreign working trips, except for special cases approved by the Vietnamese government.

Moreover, 100% of civil servants in departments and districts are requested to be on standby. Large gatherings should also be put off. All officials and public servants must wash hands with antiseptic sanitizer when coming in and out of office.

Mayor Chung also called on people to clean up their houses and villages on weekends.

Hanoi has so far reported four infection cases, with the first detected on March 6.

Vietnam has reported 34 Covid-19 infection cases in 10 cities and provinces as of March 10, of them 16 have been cured. 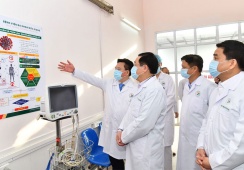 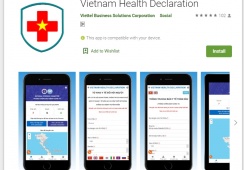