The Hanoitimes - Almost all districts in Hanoi have made relief payments to the right people.

Earlier, on April 29, Vice Chairman of the Hanoi People's Committee Ngo Van Quy signed a decision to disburse a part of the money to support people in need, including revolutionary contributors, social assistance beneficiaries and poor people.

The report said that almost all districts in Hanoi had made relief payments to the right people who said they felt touched as the aid came on time.

On April 24, Prime Minister Nguyen Xuan Phuc decided to roll out a relief package worth VND62 trillion (US$2.7 billion) to support vulnerable people directly affected by the Covid-19 pandemic.

The package covers six beneficiary groups who would receive financial support in cash during three months starting from April.

In addition to direct financial support, workers are entitled to deferral in contribution for pensions and death gratuity funds in 12 months.

Besides, the city has approved unemployment insurance benefits for over 22.2 thousand people worth VND496.2 billion (US$21.43 million). 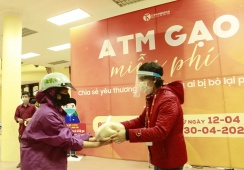 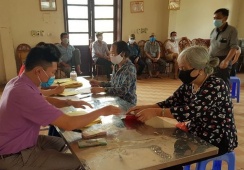 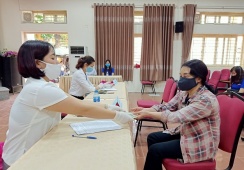