Hanoi to complete Covid-19 test for 75,000 returnees from Danang by August 20

In case there are Covid-19 infections in the community, local authorities are tasked to set up the lockdown zone with the scale depending on the number of cases, said Hanoi’s mayor Nguyen Duc Chung.

Hanoi is expected to complete the real-time polymerase chain reaction (RT-PCR) testing for 75,000 people returning from the central city of Danang before August 20, according to Chairman of the Hanoi People’s Committee Nguyen Duc Chung.

In case there are Covid-19 infections in the community, local authorities are tasked to set up the lockdown zone with the scale depending on the number of cases, said Mr. Chung in a meeting of Hanoi’s Steering Committee on Covid-19 Prevention and Control on August 10.

Mr. Chung requested all people returning to Hanoi from Danang from July 8 to fill out health declaration forms, and those from July 15 to undergo the PCR test.

The mayor urged the Hanoi Center for Disease Control (CDC) to ensure sufficient test kits for all districts, so that localities could conduct 10,000 – 12,000 tests per day.

Mr. Chung requested those with coughing or fever symptoms have to undergo tests immediately, and only when they have a negative PCR test result then the health facility could be allowed to treat other patients.

Director of Hanoi’s Department of Health Nguyen Khac Hien said the city’s authorities have identified an additional 14,503 people returning from Danang since July 8, taking the total figure to 98,440 to date (75,817 returnees from July 15).

So far, the city has conducted quick test for 75,104 people, of them 13 were positive for the virus but later negative via PCR test.

Meanwhile, 859 have undergone PCR test and resulted in one infection case being the patient No.752 in Phuc Tho district.

From August 8, Hanoi started conducting PCR tests for all returnees from Danang during July 15 – 29, Hien informed.

Viet added there is a possibility that a medical staff at Hai Duong General Hospital has been infected with the coronavirus, adding the Ministry of Health would provide official update on this case later. 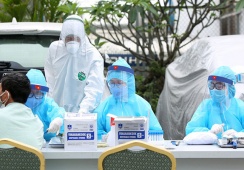 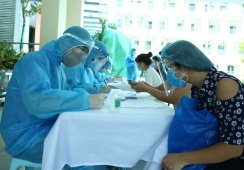 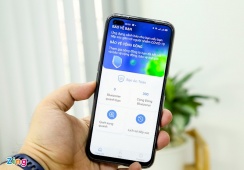 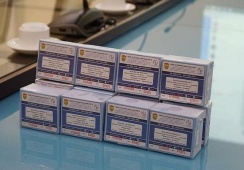