Hanoi has requested ten hospitals in the city, along with its own CDC to perform Covid-19 testing for as much as 5,000 samples a day.

Hanoi has recorded 20 coronavirus cases linked to hotspots in Quang Ninh and Hai Duong and stepped up measures for putting Covid-19 outbreak in community under control, Deputy Director of the Hanoi Center for Disease Control (CDC) Khong Minh Tuan said on February 2.

In the past four days, Hanoi mobilized all relevant forces to investigate, verify, take samples and test nearly 16,000 people who visited Covid-19 epicenters of Hai Duong and Quang Ninh in a timely manner to prevent and control the pandemic from spreading.

As of February 2, Hanoi has screened over 15,400 cases related to Covid-19 hotspots in northern Hai Duong and Quang Ninh provinces. Over 14,000 have been sampled.

Hanoi has requested ten hospitals in the city, along with its own CDC to perform Covid-19 testing for as much as 5,000 samples a day.

With support from the central government, the capital city could analyze up to 30,000 samples a day. As Hai Duong, a major Covid-19 resurgence hotspot, could now perform testing locally, some health ministry units there could lend a hand to Hanoi.

So far, Hanoi has detected six positive cases (F0), including five from Chi Linh city of Hai Duong and one from Quang Ninh province. The positive cases have been isolated and treated at the Central Hospital for Tropical Diseases 2 in Dong Anh district. Those whose tests come back negative still have to undergo quarantine for 21 days.

Since January 28, Hanoi has confirmed 20 Covid-19 patients, including ten in Nam Tu Liem district, four in Dong Anh, three in Cau Giay, two in Me Linh and one in Hai Ba Trung.

So far, the national tally of the ongoing Covid-19 wave is 276, with infections recorded in ten cities and provinces. The nation has registered 1,851 cases of novel coronavirus carriers, of them 1460 recovered and 35 deceased so far. 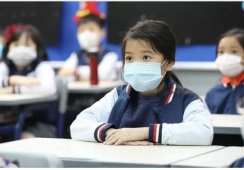