Hanoi visions to be Asia’s innovation hub by 2045

In the next five years, Hanoi is set to have an e-government in place that serves as the foundation towards the establishment of a digital government.

Hanoi aims to become one of Asia’s hub for innovative startups, smart production and services by 2045.

The goal was stated in the plan No.76/KH-UBND of the municipal People’s Committee, which sets the vision for Hanoi to be capable of mastering modern technologies in fields of socio-economy, environment, defense and security.

Among steps to realize this ambitious plan, Hanoi expects to develop 5G network by 2025 to ensure locals to have access to broadband internet with low costs.

Meanwhile, Hanoi would complete the digital transformation process among administrative units, socio-political organizations, while providing open data to meet demands of the people and enterprises.

In the next five years, Hanoi is set to have an e-government in place that serves as the foundation towards the establishment of a digital government.

During this period, Hanoi would have a number of smart urban areas and a completed startup ecosystem.

“Digital economy is forecast to make up 30% of total gross regional domestic product (GRDP) by 2025, while productivity growth to average 7-7.5% per year,” stated the plan.

By 2030, Hanoi would be Vietnam’s innovative startup hub and complete the development of a digital economy.

“Under this context, the city is the connector of a network of smart urban areas in the northern key economic zones, gradually expanding its linkage with a similar network in the ASEAN,” it added.

Digital economy by that time would account for 40% of Hanoi’s GRDP and productivity growth to average 7.5% per year. 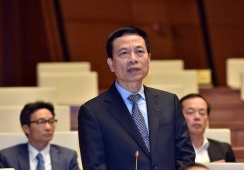 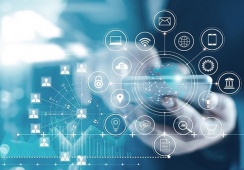