The first “Hanoi’s Reading Culture Ambassadors” contest is an activity for students throughout the city to exchange their experiences in reading and fostering the reading culture.

It is also aimed at promoting the reading movement in the young generation, develop reading habits and skills for students, and contribute to the development of the reading culture in schools and communities, as well as of a learning society.

In the three-month contest, the Organizing Committee received 22,705 written entries and 417 videos from students at 293 elementary, middle, and high schools around the city.

According to Tran Van Ha, Director of Hanoi Library, most of the submissions are rich in content and diverse in form, demonstrating the authors’ knowledge and passion for reading, while delivering practical messages calling for the community to read.

“Many of the entries are moving and influential to readers. In particular, the contest even received Braille entries from blind students. Moreover, video entries were carefully prepared and highly impressive,” he told The Hanoi Times.

The committee selected 10 teams and 20 individuals to award prizes, including three first prizes, six-second prizes, and 11 third prizes. The winners are students from primary, middle, and high schools in the capital city.

As for the team prizes, there were two first prizes, three-second prizes, and five third prizes; the first prizes went to the departments of education and training of the districts of Thanh Tri and Hai Ba Trung.

Twenty winning written and video entries have qualified for the final round of the National Reading Culture Ambassador Contest, organized by the Ministry of Culture, Sports and Tourism.

Sharing about his entry, Hoang Gia Vinh, one of the first prize winners, said that his passion for books grew since he was a little boy because his mother often read books to him.

“Books are not only a source of knowledge that helps me explore the world but also an entertainment,” he told The Hanoi Times.

He said that reading should be encouraged given the harmful effects of playing video games, as well as of overusing computers and smartphones.

Duong Vinh Hoang in class 6A1, Trung Hoa Middle School, one of the six-second prize winners, shared an idea to make students love reading, which is making sweets and drinks available at the school library to attract young readers.

Spreading the love for books
“Hanoi’s Reading Culture Ambassadors”, an initiative by the Ministry of Culture, Sports and Tourism, was officially launched in 2020 in response to the Project “Developing a reading culture in the community by 2020, with an orientation to 2030”, initiated by the Prime Minister.

Director of Library Department Pham Quoc Hung said that after the first two seasons, the contest has attracted the participation of millions of students nationwide. In 2021, after more than a month since the launch, the Ministry of Public Security, the Vietnam Education Publishing House, 55 provinces/cities together with nearly 20 universities/academies took part in organizing the preliminary round of the contest.

“This indicates that a reading culture is being nurtured, spread, and widely developed in the community, especially among schoolchildren,” he said.

With the results achieved by the first contest, “Hanoi’s Reading Culture Ambassador” is expected to become a practical activity that will be spread throughout the city, in order to continue the campaign of learning and following Ho Chi Minh’s ideology, morality, and style.

In order to promote the reading culture among youth in the locality, Hanoi's authorities also plan to open mobile libraries to 50 schools in the suburbs of Hanoi with 120,000 books, serving 40,000 students. Another 50,000 books will also be transferred to 125 libraries in the community, at schools, prisons, and private libraries.

In recent years, under the government’s project of “Fostering a reading culture within the community, with an orientation to 2030”, a wide range of activities for spreading and developing the reading culture has been held nationwide.

The Reading Culture Ambassador Contest has become an annual cultural activity, attracting wide appreciation and interest from the community and gaining positive outcomes.

It not only honors the reading culture, contributes to the creation of a ‘learning society’, but also serves as an opportunity for people to improve their understanding of the rich national culture. 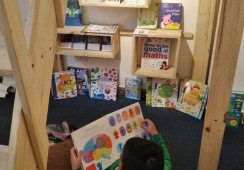 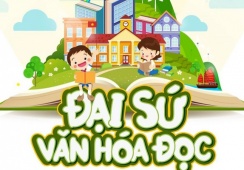