Heineken Vietnam asked to pay US$40 million in tax arrears

The Hanoitimes - At present, Heineken has paid the full amount to state budget.

Heineken Vietnam is subject to pay VND917.2 billion (US$39.6 million) in tax arrears for a transaction worth VND4.8 trillion (US$207.8 million) in late 2018, according to the General Department of Taxation of Vietnam (GDT), VnExpress reported.

At present, Heineken has paid the full amount to the state coffers, stated the GDT.

Under the agreement, foreign invested enterprises would be waived of certain taxes if its business address is at a country with a lower tax duty.

However, the GDT suggested the agreement sets an exemption in case of the value of immovable property is over 50% of the total transaction value, the tax obligation should be declared and paid at the contracting state, namely Vietnam.

After the GDT’s announcement, Heineken Vietnam Brewery paid the amount of VND917.2 billion (US$39.58 million) to Vietnam's budget, including VND823 billion (US$35.61 million) in tax and the remaining amount in penalty for late payment.

In December, the GDT requested Coca-Cola Vietnam to pay back a tax amount of VND821 billion (US$35.44 million), citing the company’s false tax declaration leading to its underpayment of financial obligations

In the past, Coca-Cola Vietnam was suspected of transfer pricing due to its consecutive losses in many years while continuously expanding the business operation. At present, Coca-Cola Vietnam has paid the VND471 billion (US$20.33 million) in tax arrears. 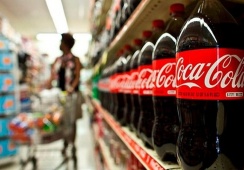 Sabeco to pay US$110 million in tax arrears