A new finance system is part of the new world order in general.

Last week, finance ministers from G7, the so-called group of the world's richest countries comprising of the US, Canada, Japan, France, Germany, Britain and Italy, have agreed to back a global corporate tax rate of at least 15%.

Proposed and pushed by the US, the idea of establishing global corporate taxes could have historical and revolutionary impacts on the world's finance and tax system. The present finance and tax systems in the world have their origin in the last century's 20th decade and long before the birth of the Internet and digital economies.

When realized, this idea means the emerging of a new finance and tax system for corporates in the world which is characterized by two very important and notable facts: it is global and has a fixed minimum rate - both for the first time. And a new finance system is part of the new world order in general.

This move is of historic and revolutionary significance because of three reasons. First, this global corporate tax system would deal deadly blows to tax heavens and oases around the world. After becoming reality, this new tax system would definitely end the era of tax havens and oases in the world and effectively prevent tax evasion, tax fraud, and tax dumping both nationally and globally.

Second, this new global corporate tax system would leave the until now taxation philosophy that taxes are only raised there where the corporates are legally registered and apply the new philosophy that taxes are to be collected both there where the corporate is legally registered and where they are doing their business. And third, the proposed minimum tax rate of 15% is only the beginning and this minimum can later be raised up. The G7 finance ministers proposed to impose this global tax minimum to 100 world's biggest and most profitable corporates but it could at any time apply to all corporates in the world.

For both present and long-term, this move is necessary and goes in the right direction. It would contribute, if not ensure, fair and healthy competition among corporates in the world and help national governments increase their taxable incomes. It would be one of those answers, which have been for a long time awaited to questions, which are emerging with the ongoing globalization and digitalization in the world. This new global corporate tax and finance system would force national governments to adapt it to their national tax and finance systems.

The first step is already gone. Now, it is up to the G7, the G20, and other international institutions to make real history and true revolution with it. 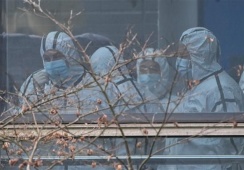 Much to win by nothing to lose 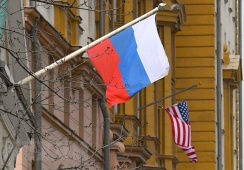 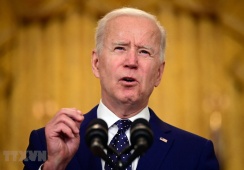