What does China's potential ADIZ over South China Sea imply?

The Hanoitimes - At present, China does not have the capacity to declare a military ADIZ over the entire South China Sea.

China's possible declaration of an Air Defence Identification Zone (ADIZ) over the South China Sea has made headlines over the past days.

On May 31, South China Morning Post cited the Chinese army that Beijing since 2010 has been thinking of establishing an ADIZ in the sea that cover Pratas, and Vietnam’s Hoang Sa (Paracel) and Truong Sa (Spratly) islands. It reported that China is choosing a propriate time to declare the plan.

Emeritus Professor Carl Thayer at UNSW Canberra has made some accessement on the implications of Chinese ADIZ over the sea that is one of the world’s busiest waterways.

If China deploys an ADIZ over the South China Sea, what are the geo-political implications for the region?

There are no provisions in international law concerning an Air Defense Identification Zone (ADIZ). Usually a country declares an ADIZ to monitor the flights of incoming aircraft passing through its airspace. Civilian aircraft normally are required to contact military air controllers, identify themselves, provide details of their flight plan and request approval to continue.

In cases where an aircraft does not identify itself, the country that declared an ADIZ might send up military aircraft to intercept and identify.

If China declares an ADIZ over the South China Sea, it would have to identify precisely the area covered and the protocol or rules of identification.

Aviation experts point out that civilian airlines would invariably comply to ensure the safety of their aircraft and passengers.

In 2013, China declared an ADIZ over the East China Sea that overlapped with airspace claimed by Taiwan and Japan. This caused tensions. Civilian airlines flying to China complied and there were no reported incidents.

The US flew unarmed B-52 bombers through China’s ADIZ and refused to identify themselves. China did not take any threatening action. At the time of writing, China has not enforced its ADIZ over the East China Sea.

What will countries such as the US, Japan, Korea, Taiwan, Philippines, Malaysia, and Indonesia do?

If China declared an ADIZ over a part or all of the South China Sea, the area covered would appear on navigational maps. It would be up to individual civilian airlines to comply.

National airlines that are state-owned such as Garuda Indonesia, Malaysia Airlines, China Airlines (Taiwan), and Vietnam Airlines, would follow instructions by their government. Military aircraft would not comply on the legal grounds that they were exercising freedom of overflight.

In sum, it would be up to each state to determine whether to comply or not, the professor said in Thayer Consultancy Background Brief released June 4, 2020.

According to your assessment, what military measures would be necessary for China to take before and after declaring an ADIZ?

If China tried to impose conditions on the flight of military aircraft through its ADIZ, it would have to have the means to enforce its conditions. At present, China does not have the capacity to declare a military ADIZ over the entire South China Sea.

China also does not yet have the capability to base and service military aircraft permanently on the three artificial islands which have a suitable runway.

If China were to declare an ADIZ, some experts suggest, it would be limited to the airspace over the Paracel islands and possibly the Pratas.

Any attempt by Beijing to restrict the overflight or transit of military aircraft over the South China Sea would bring China immediately into confrontation with the US, Japan, South Korea, and Australia. These countries are likely to challenge China and put the onus on Beijing to be the first to use force. China is unlikely to do so.

However, even though China has not declared an ADIZ, it regularly challenges US military aircraft, sometimes flying in a dangerous and unprofessional manner.

What should Vietnam do to prepare at present and in the future?

Vietnam must carefully prepare its response for the contingency that China declares an ADIZ over part or all of the South China Sea. For example, if normal flight paths used by Vietnam Airlines were affected, Vietnam would have to assess the safety and insurance risks of not complying.

Vietnam, however, would not be alone and could join other countries in refusing to comply. Vietnam could prepare in advance by discussing this matter through diplomatic channels so it would be informed how other affected countries would react. China would then be faced with the choice of doing nothing or confronting an international coalition.

The essential issue of a Chinese ADIZ is not military control but Beijing’s attempt to assert sovereignty over disputed islands and rocks and their airspace. China would be on difficult legal grounds if other countries protested and refused to comply. China would suffer a blow to its prestige if could not enforce the ADIZ in the face of challenges by the United States and its allies. 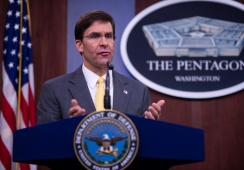 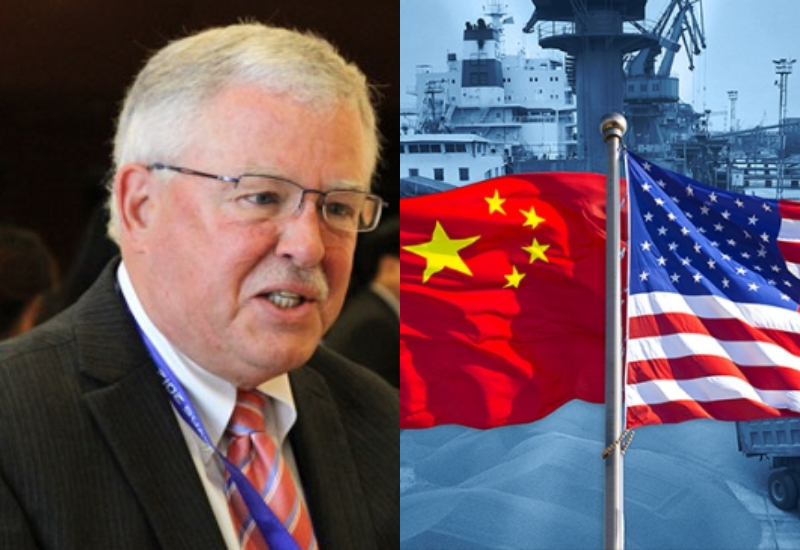