How US investors’ positive sentiment towards Vietnam grows stronger?

The Hanoitimes - Vietnam has set to be a bright alternative in Asia for US businesses amid the unprecedented challenges.

Vietnam, one of few countries in the world that have controlled the Covid-19 and reopened the economy early amid global uncertainties, has gained positive sentiment among US investors.

Moreover, the closer relationship has resulted in billion-dollar economic deals as part of efforts to balance the bilateral trade that Vietnam has been beneficiary for years.

In terms of trade, the US-Vietnam trade totaled an estimated US$81.3 billion in 2019. The US goods and services trade deficit with Vietnam was US$54.5 billion in the same year, according to the Office of the United States Trade Representative (USTR).

Top exports to the US from Vietnam include phones and spare parts; computers, electronic products, and components; garments and textiles; agricultural products; and footwear.

In a latest move, US and Vietnamese firms signed a deal worth roughly US$1 billion for a power project during the two-day visit by US National Security Advisor Robert C. O’Brien that ended on November 22.

Over the past one month, the US and Vietnam’s businesses signed four liquefied natural gas (LNG)-to-power deals worth at least one billion dollar each to strengthen Vietnam’s energy security strategy.

Vietnam is one of destinations that US businesses seek alternative production locations, according to Dezan Shira & Associates.

Even before the pandemic, furniture businesses such as Lovesac and Wanek Furniture, affiliated to US supplier and retailer Ashley Home began moving production to Vietnam.

US company Nike now makes most of its shoes in Vietnam while US tech giant Google plans to produce its Pixel smartphones from Vietnam instead of China.

Most recently, US chipmaker Intel, which has already invested US$1 billion in Vietnam is looking to increase its investment at the Saigon Hi-Tech Park in Ho Chi Minh City.

Universal Alloy Corporation, a US-based global manufacturer of aircraft components for aircraft companies such as Boeing and Airbus, inaugurated its facility in Vietnam’s central city of Danang earlier this year.

All these factors make Vietnam a ‘trade war winner’ and an ideal place to do business and attract investment. Yet, Vietnam’s gains have not been contingent on deteriorating US-China ties alone.

In addition, Vietnam’s skilled and low-cost labor force, infrastructure, stable government, safe environment, and free trade agreements are what US investors are looking for during this unpredictable time.

This trend is likely to continue for the foreseeable future. And Vietnam is also well placed to capitalize on disrupted supply chains elsewhere due to the pandemic.

While the trade war and pandemic have created enough push factors to encourage manufacturing businesses to relocate, Vietnam’s great challenge now will be how to manage its growth sustainably.

Moreover, before sizing up Vietnam as a potential destination for relocation, US investors must do their due diligence and consider several factors, such as identifying a location, raw materials, sourcing partners, and supply chain logistics.

The trade dispute between the US and China has had a cascading effect on Vietnam. Vietnam’s exporters have seen an increasing demand for their products, especially garments and textiles.

Vietnam has emerged as an alternative to China for investors benefitting from the China plus one strategy that involves investors shifting or expanding to other countries to increase market access.

It is important to note that this was already happening, but the trade war accelerated the process. Dustin Daugherty, head of North American Desk for Dezan Shira & Associates, said “Even prior to the start of the US-China trade war and more recently the outbreak of the Covid-19 pandemic, Vietnam offered the most cost-competitive China alternative for general manufacturing in Asia.

Noted advantages such as a relatively efficient and stable governing structure, regulatory and some cultural familiarity for companies accustomed to doing business in China, highly competitive labor costs, business-friendly tax profile along with generous incentives, and proximity to pre-existing Asian supply chains all recommended Vietnam for foreign investors. These advantages have coupled with significant developments this year to further strengthen Vietnam’s competitive allure for FDI, especially for US business.”

Driven by rising labor costs, the need for diversification and the government’s focus shifting from labor-intensive sectors to high-tech industries, US firms operating in China have slowly shifted their manufacturing activities to Southeast Asia, especially Vietnam.

Due to its geographic proximity, lower wages, skilled labor, trade agreements, and regional connectivity, Vietnam has emerged as one of the most preferred alternatives for manufacturers. Major US firms such as Apple, Intel, Qualcomm, Universal Alloy Corporation (UAC), Nike, and Key Tronic EMS have already moved production lines to Vietnam due to costs associated with the trade war.

All these factors have helped increase trade between both countries since the normalization of diplomatic relations.

Vietnam’s control of the pandemic and its continued growth has further cemented its position as a safe business environment compared to others. And US businesses have noticed. Apple has planned to shift significant production of its products including its AirPods to Vietnam.

So far, Vietnam has undergone nearly three months with no local transmission with the total cases of 1,307 and 35 deaths while the respective number in the US is nearly 12.5 million and more than 261,000 deaths.

Vietnam has garnered international praise for its swift and effective response to the Covid-19 outbreak. Vietnam fought the pandemic early, closed its border to foreigners, and imposed social distancing measures on April 1. It lifted these measures on April 22, reopening its economy for business. A recent outbreak in Danang showed that Vietnam is not shy and imposed a lockdown on the city to get a grip on additional cases.

Although the country is not immune to the global economic downturn, its prospects for recovery remain positive and are the brightest among Asian countries. This view was also shared by the financial service firm UBS in a research note.

In the first half of 2020, Vietnam's gross domestic product (GDP) rose 3.82%, a major fall from 6.97% recorded in the last quarter of 2019. Its economy is forecast by international institutions to grow 2-3% this year.

Despite being modest, these rates are encouraging considering that Vietnam is one of few countries predicted to deliver positive net growth during the pandemic. 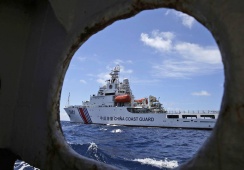 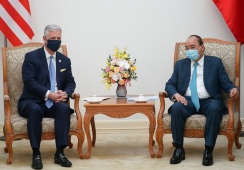