The imposition of the floor price is aimed at balancing the interests of local consumers, airlines, and the State.

As August’s proposal to apply minimum fares for air tickets under the draft circular on pricing scheme aroused controversy, the Civil Aviation Administration of Vietnam (CAAV) has submitted a report explaining the imposition of floor prices to the Ministry of Transport.

The CAAV’s Director Dinh Viet Thang affirmed that the calculation of the floor price is complicated as costs and services of local airlines are not on the same level, making it difficult to determine the minimum price applicable to all airlines.

Therefore, the minimum price is defined by comparing with that of other countries, Thang said. The proposed floor price is equivalent to 20% of the regulated ceiling price on domestic routes. The rate of Indonesia, India, and China has been 35%, 33-35% and 44%, respectively.

This comparison is only approximate because the authority has not had accurate data of other countries. However, the application of floor price is an urgent policy to address difficulties caused by the impact of the pandemic, Thang underlined.

In addition, the proposed minimum price is determined based on the comparison with the average cost per seat on the Hanoi - Ho Chi Minh City route, which was around VND1.5 million (US$65.8).

Therefore, the CAAV concluded that the proposed minimum airfare which is about 43% of the average cost per seat is appropriate. The Hanoi - HCMC air route was the busiest in 2019 and the cost per seat in this route equals about 47% of the current maximum airfare.

Vietnam Airlines, Pacific Airlines, and Bamboo Airways said that the policy of regulating minimum airfare will bring a positive impact on the airlines’ operations.

On the contrary, representatives from Vietravel Airlines and Vietjet Air said it would exert negative impacts on the airlines’ business activities.

The application of floor prices will sharply reduce the people’s affordability of air travel as their income has declined due to the impacts of the pandemic, according to Vietravel Airlines.

The fast-growing carrier Vietjet Air believed that the policy will have a strong negative impact on people from all walks of life and the development of socio-economic industries, reducing the competitiveness of the aviation industry.

There is no certainty that this policy would promote the recovery of the air transport market during and after the pandemic, the local carrier said.

In response to the new normal, the CAAV, recently, launched a draft three-phase plan to resume domestic flights with no restrictions for fully vaccinated passengers. The plan will be conducted after the Ministry of Transport approves.

The first phase is expected to last two weeks after the CAAV’s proposal is approved. Local airlines will operate routes with a frequency of less than 50% compared to the first week of April when the fourth pandemic outbreak flared up.

Passengers need to have a certificate of completion of mandatory quarantine or one of being fully vaccinated/recovered from Covid-19 issued 12 months prior to the flight.

In the second phase, the frequency will be less than 70% and passengers who have a certificate of living in areas not under social distancing regimen can also board domestic flights.

In the third phase, airlines can operate flights according to demand when all provinces and cities lift social distancing orders under Directive 16. In this phase, the number of eligible passengers will not be limited.

Previously, in early September, the CAAV requested local airlines to suspend selling tickets for domestic flights until further notice to comply with social distancing rules given the complicated developments of the pandemic across the country.

"The air carriers are being asked to refund money to customers who have purchased domestic tickets from July 21,” the CAAV noted.

The number of flights connecting to localities under Covid-19 social distancing orders according to Directive No. 16 will be curbed, according to the Vietnamese authority.

On July 21, the CAAV requested local airlines including Vietnam Airlines, Vietjet Air, Bamboo Airways, Pacific Airlines, and Vietravel Airlines to reduce flights from localities under social distancing rules to the capital of Hanoi.

The country has closed its borders and suspended all international flights since March 2020, and only allowing special cases of visitors who will enter the country after undergoing a strict Covid-19 quarantine regime. 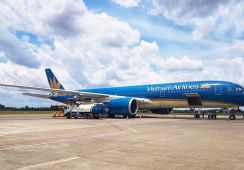 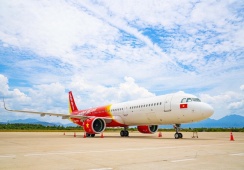