Vietnam strives to create favorable investment-business environment for foreign investors, especially those from Japan and the US.

Investors from Japan and the US have strong interests in Vietnam and need the Vietnamese government to reopen the economy to foreign businesses.

In a meeting with Deputy Prime Minister and Minister of Foreign Affairs Pham Binh Minh on June 4, Japan’s newly-appointed Ambassador to Vietnam Yamada Takio said the Japanese business community is looking at Vietnam as a potential investment destination, and expected foreign direct investment (FDI) from Japan to Vietnam would surge in the coming time.

Minh agreed to Takio’s suggestion that both sides should start resuming flights between the two countries provided that safety regulations are met.

According to Takio, Vietnam has been one of the world’s most successful countries in containing the Covid-19 pandemic. He thanked the Vietnamese government for to allowing Japanese experts and managers to return to Vietnam.

Takio stressed the Japanese government always gives priority to its relations with Vietnam, and is willing to support Vietnam's socio-economic development.

The event attracted participation of representatives of the US State Department, senior executives from the US – Asian Business Council (USABC), US Chamber of Commerce (USCC), Abbott, Mead Johnson, Cargill, Pepsi, Exxon Mobil, GenX, Sabouri, among others.

At the conference, Ngoc referred to Prime Minister Nguyen Xuan Phuc’s decision to set up a task force specialized in promoting FDI to Vietnam, and expected US firms to continue choosing Vietnam as their ideal investment destination.

In addition to cooperation in healthcare and vaccine development, Ngoc said there are other potential fields such as e-commerce, infrastructure, and energy, especially renewable ones.

Representatives of US firms expressed strong interest in the Vietnamese market, requesting ASEAN in general, and Vietnam in particular, to maintain their supply chains, including those for medical equipment.

US companies suggested that Vietnam should soon reopen its economy to foreign businesses and investors, so that they could access potential Vietnamese partners. 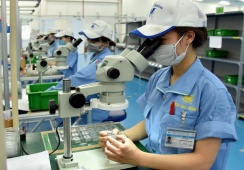 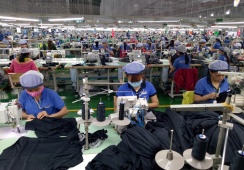 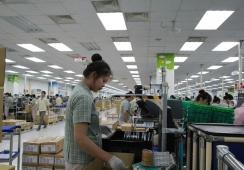 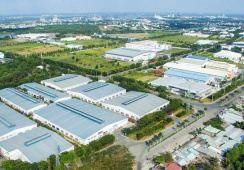