The Hanoitimes - Vingroup is one of the most potential buyers for LG Electronics' smartphone business.

The South Korean brand is considering all options for its loss-making mobile division that could include closing or selling off its business, according to Reuters in Seoul. The brand would be focusing resources on premium home appliance and automotive electronics.

Possible buyers are Vietnamese conglomerate Vingroup, Facebook, Volkswagen and Google, and Vingroup is one of the strong acquisition candidates, according to NewDaily.

VinSmart, Vingroup’s subsidiary, entered Vietnam’s smartphone market in 2018. It has been producing smartphones under an original design manufacturing (ODM) contract with LG Electronics. Although it hasn’t yet had a strong presence in the global smartphone market, in Vietnam, VinSmart's smartphone outstripped Apple’s iPhone to reach the third place in terms of market share after Samsung and Oppo.

Until now, Vingroup has no comment on this. However, the group also revealed it will export 5G-enabled smartphones to the US this year. Last September, its subsidiary VinSmart exported the first batch of smartphones to this market and planned to assemble nearly two million units for its partner in 2021. 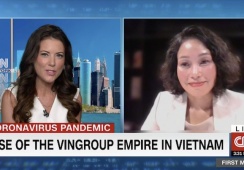 Vingroup to expand its business to US this year: CNN

VinSmart cellphones to have plenty of features at low price-point: Fitch Solutions 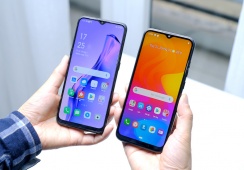