The Hanoitimes - All newly-confirmed cases are Vietnamese nationals, including two in Hanoi and three in Ho Chi Minh City.

Vietnam has confirmed five more people infected with the new coronavirus (SARS-CoV-2) on March 17, taking the toll of infections to 66, according to the Ministry of Health.

The remaining three are located in Ho Chi Minh City. Patient No.64 is a woman of 36 years of age arriving at Tan Son Nhat International Airport on March 12 from Switzerland with a stopover in Dubai.

Patient No.65 is a woman, 28, linked to two people who got infected from the 34th case and was confirmed positive with the virus on March 7 and March 10.

Patient No.66 is a 21-year-old girl who departed the US to Canada transiting through Taiwan and landed in Vietnam on March 16.

With the new infections today, Hanoi tops localities in the number of infected cases, 16, followed by Ho Chi Minh City with 11. The central province of Binh Thuan ranks third with 9, and the northern province of Quang Ninh takes the fourth place with 5.

Of the 66 patients identified so far, 16 recovered and were discharged by February 26. Of the 50 active cases, 18 are foreigners, including 12 Britons, one Irish, one Mexican, one Czech, one German, one French, and one Latvian.

No death has been reported in Vietnam while two in their sixties are in critical health status. 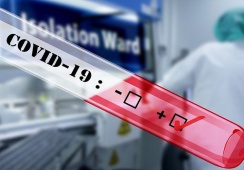 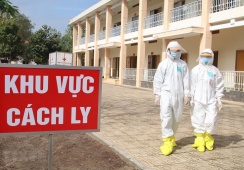 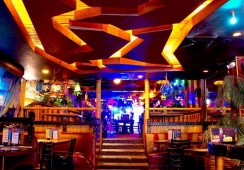