The Hanoitimes - Six of the 10 new cases are linked to Bach Mai hospital in Hanoi and Buddha bar in Ho Chi Minh City.

Vietnam confirmed 10 new cases of coronavirus infection on March 27, lifting the total to 163, according to the Ministry of Health.

Of the 10 new cases, three are foreigners of British and Brazilian nationalities, three others are Vietnamese students returning from the UK, two are residents in Hanoi, one is from the northern province of Hung Yen, and one in the Central Highlands of Lam Dong.

Of the cases confirmed Friday, three are linked to Covid-19 patients at Bach Mai Hospital in Hanoi, one of the leading hospitals in Vietnam, and three others are connected with Buddha bar in Ho Chi Minh City.

As of March 27, as many as 20 of the affected patients have recovered and been released from hospital. Six others have also recovered. No death has been reported so far. 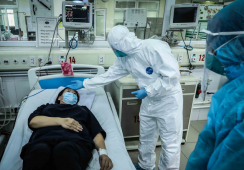 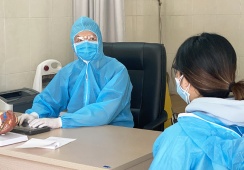