The Hanoitimes - Almost half of Japanese firms in Vietnam said they would expand investment in the country in the next one or two years.

In a difficult year of Covid-19, 49.6% of Japanese companies operating in Vietnam remained profitable and 20.3% at the break-even point.

Chief Representative of the Japan External Trade Organization (JETRO) in Hanoi Takeo Nakajima revealed the information at a meeting with Vice Minister of Planning and Investment Tran Duy Dong on February 4.

“Nearly half or 46.8% of Japanese firms in Vietnam said they would expand investment in the country in the next one or two years,” added Mr. Nakajima as he referred to the data from the JETRO survey on the performance of Japanese enterprises in 20 countries and territories, which was conducted from August 24 to September 25, 2020.

“The rate was lower compared to previous years, but remained fourth among countries/territories in the Asia-Pacific,” he said.

According to Mr. Nakajima, in 2020, companies in the survey expressed more concern over risks in the investment environment of the host country, including the legal framework, tax policies and administrative procedures.

“There are firms that want to utilize the local supply chains to support their operations, but Vietnam’s supporting industries have not been able to meet their demands,” said Mr. Nakajima, adding more firms are looking to partner with Vietnamese startups.

Vice Minister of Planning and Investment Tran Duy Dong expressed his impression of JETRO’s survey that has provided a comprehensive picture over Japanese business and investment activities in Vietnam.

“While the Covid-19 pandemic has caused negative impacts on Japanese firms in Vietnam, the survey showed most are optimistic for 2021,” said Mr. Dong.

“This requires stronger efforts from local authorities in keeping the pandemic under control and addressing concern of the business community,” Mr. Dong added.

In 2020, Vietnam became the top choice for Japanese firms that participating in a government program to move production facilities out of China, with  37 out of the total 81 having chosen Vietnam as their destination. Thailand came in second place with 19 companies. 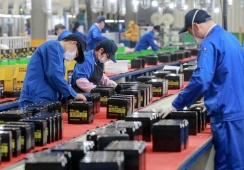 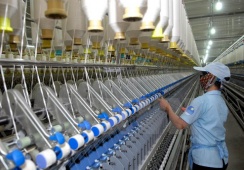