The Hanoitimes - The move following the launching of Netflix’s Vietnamese version this October is a step to extend the outreach to Vietnamese audiences and win the market.

Netflix, the US’s largest media-services provider has added seven other Vietnamese films to its library, which are streamed for the Vietnamese market only as of December 15 in a move to lure more Vietnamese audiences, Tuoi Tre (Youth) reported.

Other six Vietnamese movies already broadcast on Netflix are "Trung So" (Jackpot), "Hai Phuong" (Furie) and “Yeu” (Love), etc. and the television series “Hau due mat troi” (The Descendants of the Sun).

Netflix’s Raphael Chang, Netflix’ director of Content in Southeast Asia, told the media the service believes that good stories may come from everywhere including Vietnam. Whether a folk story or a film of Saigon’s modern life, they are both the Vietnamese images and spirits candidly recreated through the cinematic prism in combination with the creative art.

The move following the launching of Netflix’s Vietnamese version this October is a step to extend the outreach to Vietnamese audiences and win the market.

Speaking about the recent addition of seven Vietnamese movies to its film archive, Netflix affirmed that these films from various genres such as adventure, romance, comedy and drama may help to reflect a part of the current Vietnamese cinematic industry. 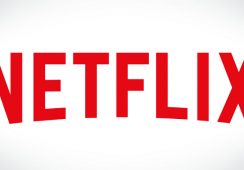 Netflix wants to produce its program in Vietnam, for Vietnamese people