The Hanoitimes - Many shops in Hanoi remained open to serve on-site customers, neglecting the order to extend the social distancing period.

Many non-essential businesses and services are still open in Hanoi though the city and 27 other provinces and cities must carry out social distancing at least until April 22.

In Cau Giay District, on April 18, district authorities inspected and handled 48 violations. In particular, 37 cases were fined a combined amount of VND7.4 million (US$314.8) for not wearing face masks in public places; other 11 cases were fined VND2.2 million (US$93.6) for leaving home with no justifiable reasons and failing to keep a safe distance between each other. 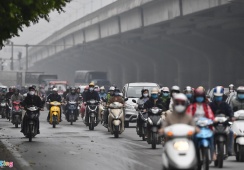 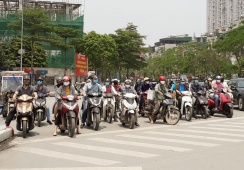 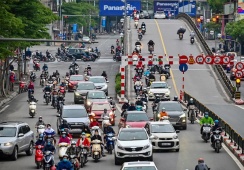