The Hanoitimes - Honoring commitments is not the known virtue of OPEC+ members.

The agreement reached after four days of intense negotiations has put an end to the oil war between Russia and Saudi Arabia, a war which has lasted for over a month, sending oil prices plummeting worldwide. The so-called OPEC+, comprising thirteen members of the Organization of Petroleum Exporting Countries (OPEC) led by Saudi Arabia and 10 other petroleum exporting nations led by Russia, has reached an agreement on an unprecedented oil production cut aiming at bolstering global prices that have collapsed due to the coronavirus pandemic and a price war.

Not only putting and end to the oil price war, the agreement showed that consensus on oil output and price is achievable among members of OPEC+, as well as oil price stabilization. Nations and the world economy are currently being ravaged by the coronavirus pandemic and deadly in need of oil price stability. The agreed oil production cut is the largest ever reached by the OPEC+. It has been considered historic because it secured the support from oil producers as well as the G20 nations. Non-OPEC+ countries also committed to slash their output.

But this agreement alone is not enough or sustainable. The cut is much less than the weakening of oil demand due to the pandemic. It is the deal of OPEC+ members and the US, as the biggest world oil producer, did not take part in it or committed to slash its output. Unlike Saudi king Salman bin Abdulaziz or Russian President Vladimir Putin who can command their oil industries to raise or cut production output, US President Donald Trump can't do the same with US oil companies.

Every deal can only be effective if all parties which agreed on it fully adhere to their commitments in it. And honoring commitments is not the known virtue of OPEC+ members. Therefore, despite of this agreement, the oil price will continue to play its own game with both oil producers and oil consumers in the future. 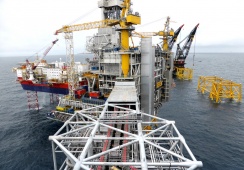 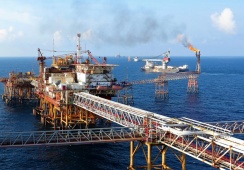