The photo exhibition will take place from August 31 at the Imperial Citadel of Thang Long - Hanoi.

About 100 documents and images about the history of Thang Long-Hanoi will be displayed at a photo exhibition themed “Independence” at the Imperial Citadel of Thang Long to celebrate the 75th anniversaries of the August Revolution (August 19, 1945 - August 19, 2020) and the National Day (September 2).

From the 10th century to the 20th century, Vietnam went through many invasions, however, its sovereignty and independence were always safeguarded. That proves the true value of Vietnamese people which lies in their Aspiration for Independence and Freedom.

The Imperial Citadel bears a great number of relics related to  such events. One of them that took place here was when President Ho Chi Minh called upon the people to launch the August Revolution in Hanoi, and when he read the Declaration of Independence at Ba Dinh square - now located in the surrounding area of the Heritage site.

The exhibition has its online version at the website: trungbayonline.hoangthanhthanglong.vn. 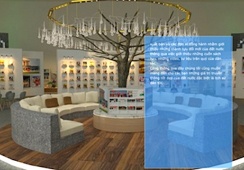