A productivity-driven development model – combining innovation with balanced development and allocation of private, public, human and natural capital - will be key for Vietnam to achieve its goal of becoming a high-income economy by 2045, a new World Bank report suggested.

“Vietnam is one of the greatest development success stories of our time. The country, however, is now at a turning point where some of its traditional drivers of growth are gradually weakening,” said World Bank Country Director for Vietnam Ousmane Dione. “To achieve its ambition to become a high-income economy by 2045, Vietnam must put productivity growth front and center of its economic model. In other words, it needs to grow not only faster but also better.”

“Vietnam’s commitment to bold economic reform has been a major contributor to its remarkable economic success,” said Robyn Mudie, Australian Ambassador to Vietnam.

Some of the drivers for Vietnam’s growth are now losing momentum. The country’s demographic dividend is fading, and global trade is declining, while other challenges such as pollution and the rise of automation are growing. The ongoing Covid-19 crisis could be an accelerator of these trends.

The report cited an example of South Korea, which reached by 1972 the level of per capita income observed in Vietnam today, was able to double its median income per capita in only 10 years and multiplied it fivefold in 20 years.

In case of South Korea, its successful transition from a middle- to high-income economy was based on  learning how to more efficiently manage its existing resources rather than by accumulating more resources.

But for Vietnam, recent economic growth has been mainly driven by the accumulation of resources, which has declined over time.

In order for the country to even match South Korea’s transformational pace of the 1980s, it needs to move toward productivity-led growth with a sense of urgency, stated the report.

“Only such an orientation would enable Vietnam to catch up with the per worker income in Korea, which was 16 times higher in 2017,” it said.

The report suggests that to thrive in a quick-changing environment, Vietnam needs to strengthen its productive assets, with priority given to four following areas:

Dynamic firms: Encouraging competition and easing firm entry and exit ensures the flow of resources to the most innovative and productive firms. This can only happen in a supportive business environment that ensures access to finance, transparent regulations and legal protections.

Skilled workers and opportunities for all: The country scores well on basic education, but it will need to promote university and vocational-technical skills that are becoming even more important for a productivity-led growth model. Those facing barriers entering the labor market, including ethnic minorities, should be provided with greater opportunities to boost both social equity and economic growth as the population ages and the labor force shrinks.

Green economy: Sustainable development requires more effective management of renewable natural resources such as land, forest and water; stricter pollution controls, including in major urban centers; and mitigation of and adaptation to the inevitable growing impacts of climate change. 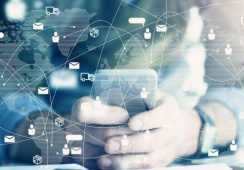 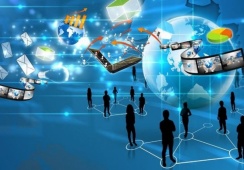