With a net inflow of US$370 million from exchange-traded funds (ETFs) in April, Vietnam for the first time topped the Chinese market (US$319 million) as a favorable destination for investment fund.

A record high of net inflows at US$370 million from over 10 ETFs has turned the Vietnam’s stock market into a spotlight of the Asian region in April, according to the SSI Securities Corporation (SSI).

Such number remained in stark contrast with a net outflow of US$750 million in Asian market in April as a result of the Covid-19 resurgence in the region, stated the SSI, referring to large amount of money withdrawal from major markets such as South Korea, India or Taiwan (China).

China also suffered a major drop in capital inflow to US$319 million in April from US$4.8 billion in March.

In Vietnam’s market, Fubon FTSE Vietnam was one of the major contributors in the month with an estimated inflow of VND7.8 trillion (US$340.66 million), followed by VFM VNDiamond (US$26.73 million), VanEck Vectors Vietnam (US$8.56 million), SSIAM FINLead (US$7.86 million) and FTSE Vietnam (US$3.27 million).

With a total asset of VND8.2 trillion (US$358.44 million), Fubon, established in April, became the fifth largest ETF fund in Vietnam.

Meanwhile, the VFM VN30 ETF was the only one that posted a net outflow of VND111 billion (US$4.85 million) in April. The figure, however, was significantly lower compared to the previous two months, noted the SSI.

Since the beginning of the year, ETF funds have injected a total of VND13.2 trillion (US$576.5 million) into Vietnam’s stock market, it added.

On the stock market, foreign investors for the first time in six consecutive months returned as net buyer with VND273 billion (US$12 million), indicating “a positive sign for the local market,” stated the SSI.

Given Vietnam’s favorable economic outlook SSI expected ETF funds to maintain its positive view on the local stock market and thus keep the capital inflows coming, albeit at a lower rate compared to April.

Sharing the same view, Viet Dragon Securities Company (VDSC) expected VN30 stocks, formed by the largest 30 largest and most liquid stocks, continue to be the major attraction for ETF funds in coming times.

With continuous fund inflows from ETF funds and individual investors, VDSC suggested the benchmark Vn-Index may rise to 1,370 this month, a new height for the local stock market. 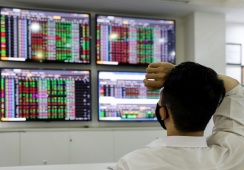 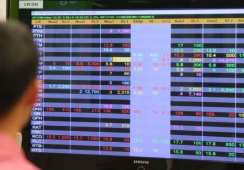 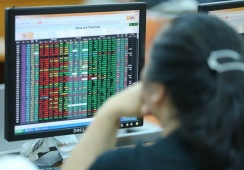